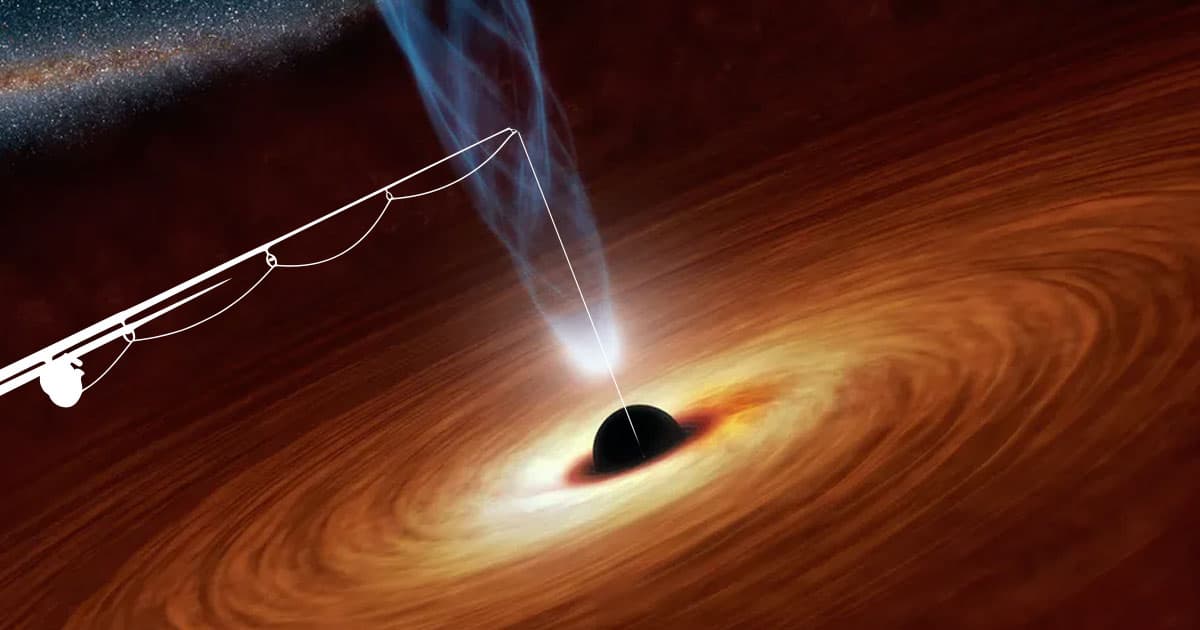 You Could Generate Power by Dangling Crap Into a Black Hole

A 50-year-old theory was finally validated in an experiment.

A 50-year-old theory was finally validated in an experiment.

In 1969, the physicist Roger Penrose theorized that spacefaring civilizations could generate power by dangling objects into a black hole.

For decades, the idea was impossible to test because we have no way of traveling to a black hole — or even surviving the journey. But now a team from the University of Glasgow say they've verified the theory with a few modifications, according to research published Monday in the journal Nature Physics.

It won't help us generate power here on Earth, but it's a fascinating illustration of a long-thought-impossible theory.

An object dipped into the outer reaches of a black hole's event horizon would essentially charge negative energy, a Glasgow press release explains. By cutting the object loose, some of that energy could be harvested as recoil.

In 1971, physicist Yakov Zel'dovich suggested testing the idea by bouncing twisted light waves off of a cylinder rotating 1 billion times per second.

That's too fast to be possible — so instead, the the researchers instead measured the doppler effect of twisted sound waves bouncing off a spinning disk.

It's not free electricity — the team still needs to power the spinning disk — but it's long-overdue validation for a controversial theory.

Quacks Like a Duck
Those Headlines About Scientists Building a Wormhole Are Total Nonsense, People
12. 1. 22
Read More
Good Samaritan
Physics Dept Gets Random Box Full of $180K in Untraceable $50s and $100s
12. 22. 21
Read More
Star War
Scientists Are Trying to Figure Out How to Kill Stars with Black Holes
11. 29. 21
Read More
+Social+Newsletter
TopicsAbout UsContact Us
Copyright ©, Camden Media Inc All Rights Reserved. See our User Agreement, Privacy Policy and Data Use Policy. The material on this site may not be reproduced, distributed, transmitted, cached or otherwise used, except with prior written permission of Futurism. Articles may contain affiliate links which enable us to share in the revenue of any purchases made.
Fonts by Typekit and Monotype.