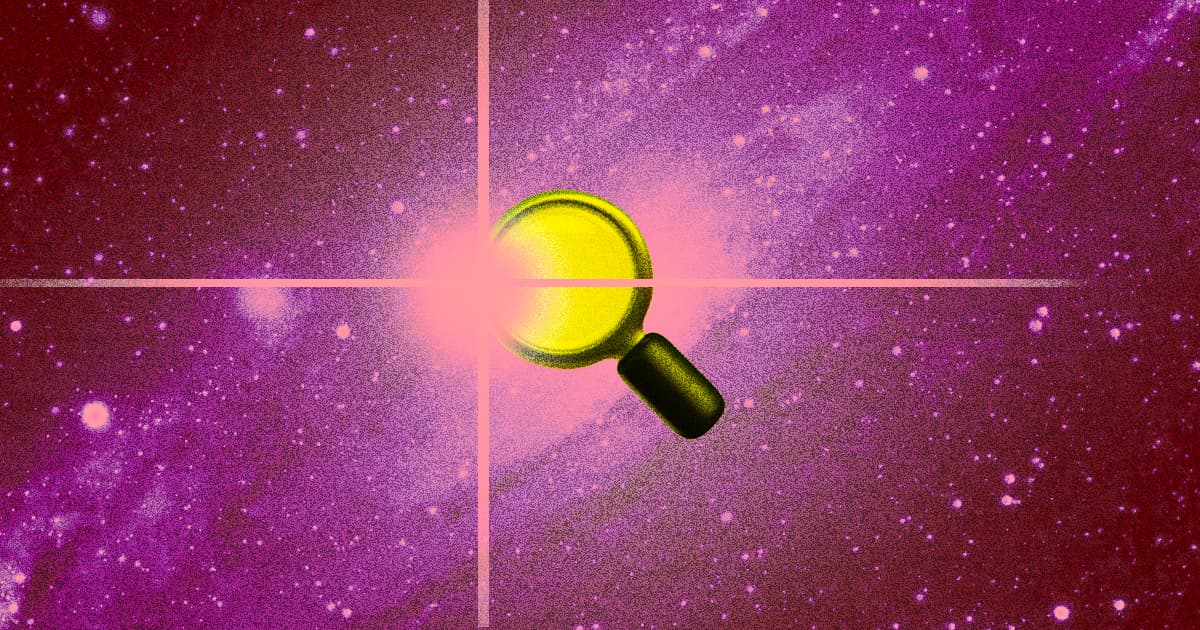 A team of scientists used a clever physics trick to study a galaxy that's otherwise so far away that no observatories on or orbiting the Earth could get a good look at it.

The galaxy CSWA128 lurks nearly 11 billion light-years away from Earth. Because that's such a great distance, the light appears as little more than a pale blur in even our most powerful telescopes. To blow it up, the team of scientists led by Soniya Sharma of the NASA Goddard Space Flight Center exploited the gravitational effects of a less-distant galaxy cluster, according to a study published in the journal Monthly Notices of the Royal Astronomical Society — essentially peering through its gravitationally-warped spacetime like a gigantic magnifying lens that allowed them to see CWA128 in ten times the detail.

The technique, known as gravitational lensing, isn't new — Einstein theorized the phenomenon as part of his theory of general relativity back in 1915. Since then, it's become a tool of the trade for astronomers trying to make out details about the farthest reaches of space.

"Our 'lens' is a cluster of galaxies roughly 3.3 billion light years away," Sharma said in a press release. The cluster is so huge that its gravity actually bends light, turning it into a sort of magnifying glass. The effect makes CSWA128, which lies behind it and 7 billion light years further away, appear much larger than it otherwise would from Earth."

“In fact, the galaxy appears about 10 times bigger. We can clearly see bright lights in clumps, which are tell-tale signs of stellar nurseries – parts of the galaxy that are making new stars.”

What is newer, however, is how Sharma and her team were able to resolve the distorted, warped images and actually make use of them.

Just like with any other magnifying lens, the enlarged image gets a bit bent out of shape. Add in the fact that scientists were peering across a distance of 11 billion light-years, and that's a lot of noise blocking the signal. So the researchers developed a new algorithm that could refine the resulting image and used it to see what was actually going on inside CSWA128 at a far greater level of detail than anything that was possible before.

"This magnifying phenomenon of nature comes at a cost," study coauthor Tiantian Yuan said in the release. "The enlarged images are stretched and distorted. Using the algorithm meant we were able to recover the true shape of the distant galaxy. We also found that it contains twice as many star-forming areas than previously reported."