Astronomers Are Using Artificial Intelligence to Search for Gravitational Lenses

The AI's neural network is similar to that of Google's AlphaGo. 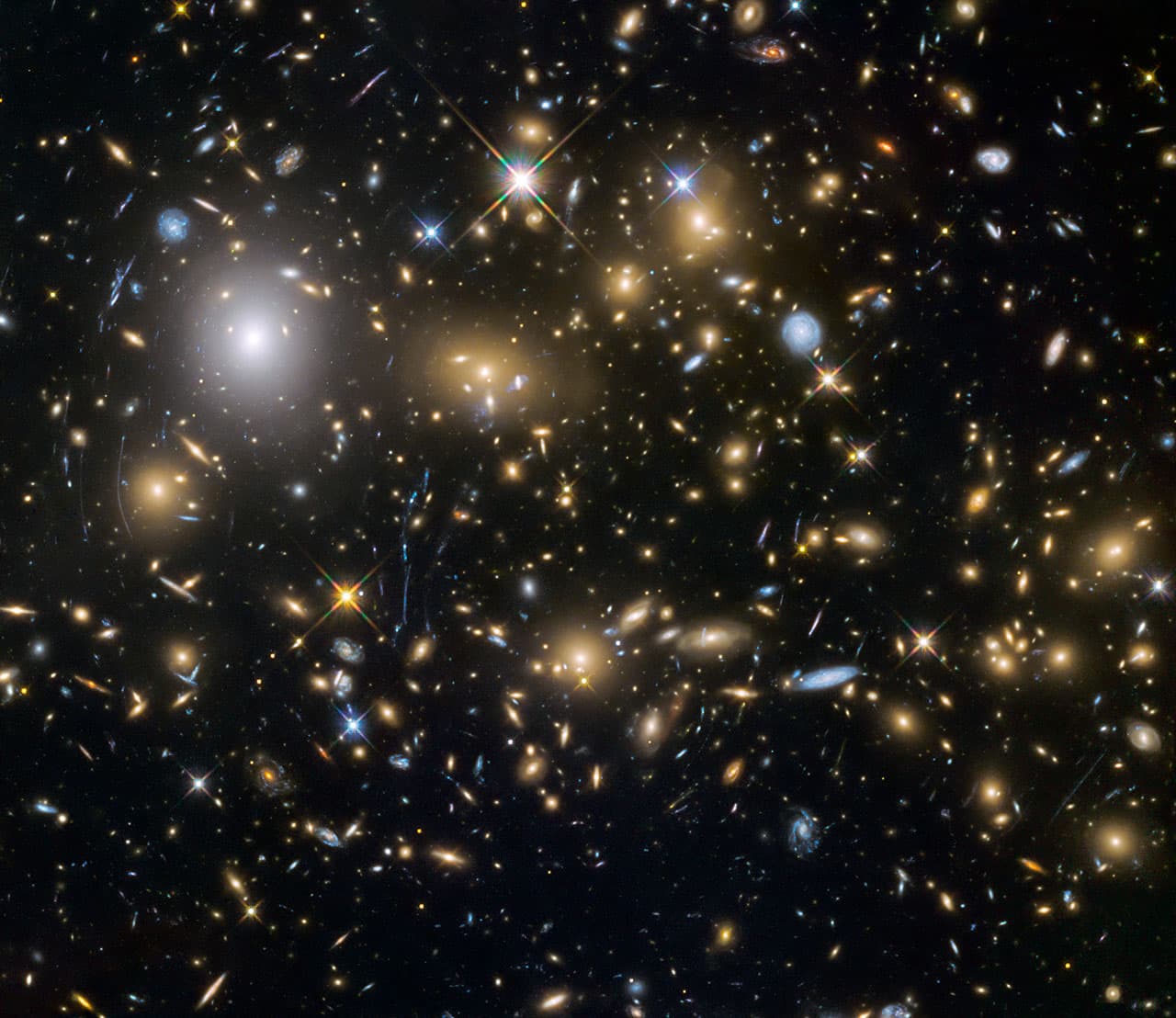 A gravitational lens is formed when one galaxy is hidden behind another—at least, from our perspective—yet it's possible to still see the hidden galaxy poking out around the edges of the one in front. Astronomers search for new gravitational lenses in order to research dark matter, but tracking them down can be a tedious and demanding process. To make the job easier, scientists are now deploying an AI astronomer: artificial intelligence capable of identifying and sorting images much faster than humans. So far, results have been favorable.

A group of astronomers from the universities of Groningen, Naples, and Bonn developed and trained a "convolutional neural network" using millions of homemade images of gravitational lenses. This process was used by Google and DeepMind to make the AlphaGo AI, as well as by Tesla to enable its self-driving cars. Neural networks have also been used to recognize diseases in plants, proving their versatility.

After the initial batch of images, the team then showed the network millions of images from a small patch of sky equivalent to about 0.5 percent of the sky's total surface area. While this may seems an insignificant amount compared to the vastness of both the sky and space, the effort proved to be beneficial; when put into practice, the AI found 761 potential gravitational lenses, which was then scaled down to 56 following a visual inspection by the team of astronomers.

A study detailing the AI's methods was published in Monthly Notices of the Royal Astronomical Society.

Finding new gravitational lenses is a fairly involved process. That's largely because of the thousands of images astronomers much sift through, made slightly easier with the help of volunteers around the world. That said, they can never keep up with the steady influx of images provided by telescopes that constantly watch our skies.

"This is the first time a convolutional neural network has been used to find peculiar objects in an astronomical survey," said Carlo Enrico Petrillo from the University of Groningen, who was also first author on the study, in a press release. "I think it will become the norm since future astronomical surveys will produce an enormous quantity of data which will be necessary to inspect. We don't have enough astronomers to cope with this."

The neural network isn't perfect, however; it was not trained to recognize small gravitational lenses and therefore failed to spot them. There's also the 56 lenses it did find, which still need to be confirmed by telescopes like the Hubble Space Telescope. Some may fail to be gravitational lenses altogether.

Fortunately, the team will continue training their AI astronomer, in the hopes that visual inspection by a human will no longer be needed. When the AI is improved and fully operational, it could prove to be the very thing we need to locate other distant objects like stars and comets, or to identify dark energy and dark matter.

Astronomers can tell how big a cluster is by studying how much distant objects are distorted by its gravity, and then compare how that number relates to the amount of visible matter in the galaxy. Any galaxy that has more gravity than its matter should suggests that dark matter is present and exerting its own pull. Making gravitational lensing a valuable way to roughly map how dark matter and dark energy are distributed—and understanding exactly what these mysterious facets of our universe are.