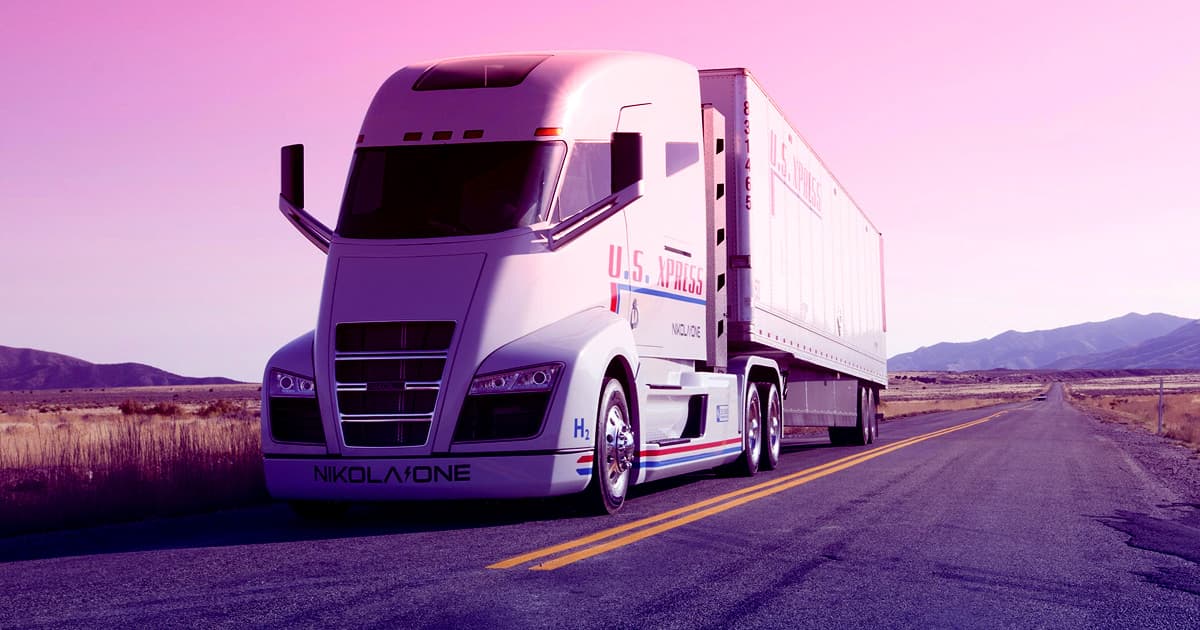 Really Not a Good Look

Founder of Tesla Competitor Nikola Steps Down Amid Fraud Scandal

Nikola Motors founder and executive chairman Trevor Milton is stepping down from the company’s board of directors following fraud allegations, The Verge reports.

His company, Nikola, made a major splash in 2018 with a zero-emissions semi truck powered by both electric and hydrogen fuel cells — though Milton himself has risen to prominence in part by butting heads with Tesla CEO Elon Musk.

In a statement posted to Twitter, Milton said that “the focus should be on the Company and its world-changing mission, not me. I intend to defend myself against false allegations leveled against me by outside detractors.”

According to an Earth-shattering report released by short selling investment firm Hindenburg Research this month, Nikola is little more than an “intricate fraud built on dozens of lies over the course of its Founder and Executive Chairman Trevor Milton’s career.”

Nikola is now facing an investigation by both the US Securities and Exchange Commission and the Department of Justice, according to Bloomberg. Following the announcement of Milton’s resignation, the company’s shares fell by 22 percent in US pre-market trading.

The electric carmaker, which has yet to make any revenue, called the Hindenburg report “false and defamatory.” Despite the denial, the company did not end up disputing that a semi truck it showed off in a 2018 video was not able to propel itself — it essentially just rolled down a hill.

In Milton’s statement, he added he would be “cheering from the sidelines.”

General Motors recently took over production for Nikola’s “Badger,” a much-hyped electric-hydrogen pickup. Now, GM VP Stephen Girksy has taken over as chairman of the board for Nikola.

READ MORE: Nikola’s founder steps down from board as company faces fraud allegations [The Verge]

More on fraud: Tesla Competitor Admits It Rolled Semi Truck Prototype Down a Hill in 2018 Promo Because It Couldn’t Drive