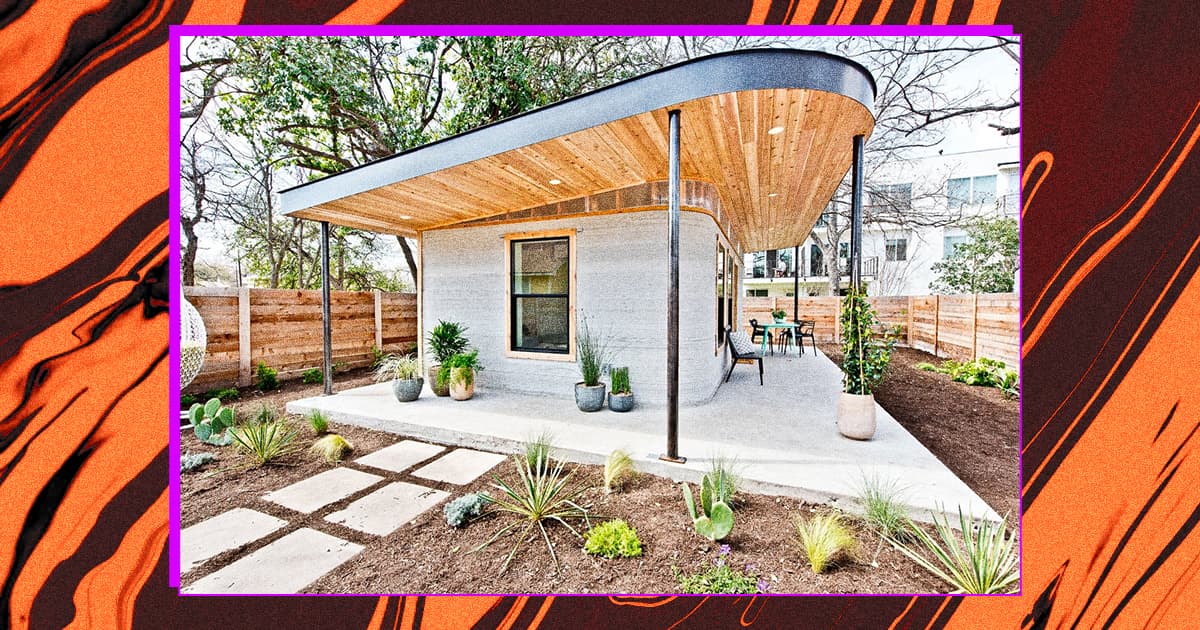 3D-printed tiny homes are finally delivering on their social promise.

3D-printed tiny homes are finally delivering on their social promise.

For the first time, a formerly homeless person has moved in and is now comfortably housed within a 3D-printed tiny home.

Tim Shea, a 70-year-old man who has struggled with addiction and homelessness, moved into a 400-square-foot house printed out by the nonprofit Mobile Loaves & Fishes and the construction tech firm ICON back in September, according to Green Matters. That’s a huge step forward for the 3D-printed housing industry, which has long promised — but hadn’t yet delivered — a new tool to fight homelessness.

Now, several months into his life within a 3D-printed house, Shea says things have completely turned around for him.

“When I found out I’d be the first person in America to move into a 3D-printed home, I thought it was pretty awesome,” Shea told The NY Post. “The very people I used to run away from, I’m running to. If you’ve been on both sides of the fence, you know some people just need a little encouragement and support.”

The entire process takes just about 24 hours — completed across several days — and uses 20 to 30 percent less raw building material that conventional housing, according to Green Matters, so it would be fairly simple to follow up on Shea’s new home with plenty more.

Editor’s note 4/5/21: This story originally misidentified the non-profit organization that partnered with ICON and misstated how long it took to print a house. It has been updated.

More on 3D-printed houses: An Entire 3D-Printed Neighborhood Is Springing Up in a California Desert