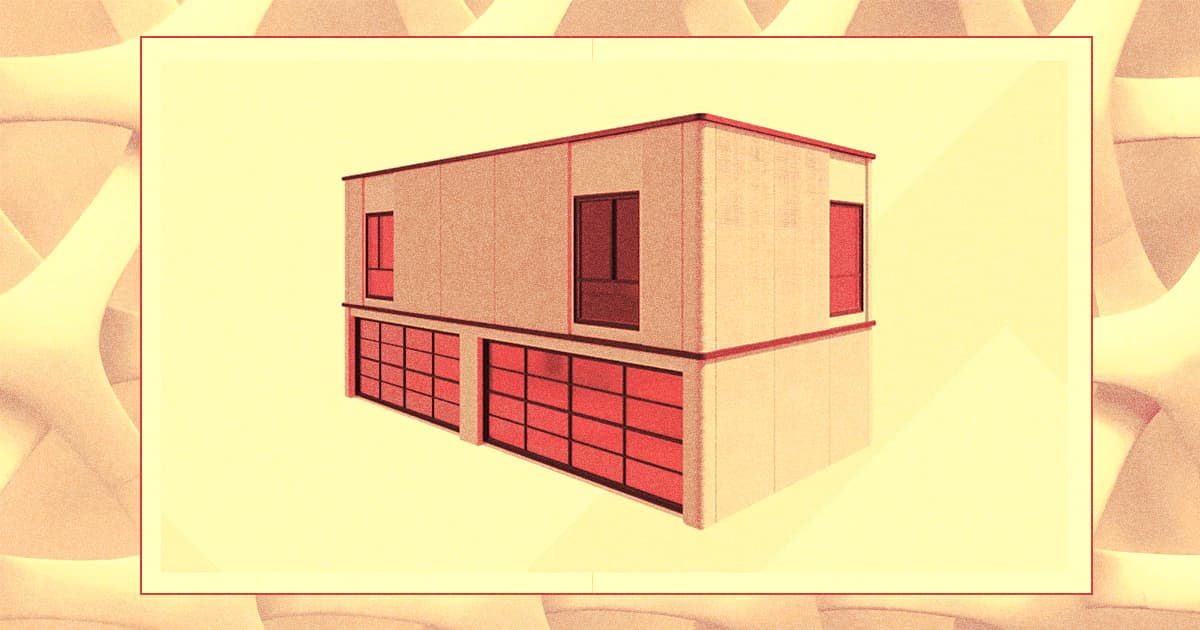 The houses get printed out in a warehouse while employees sleep.

The houses get printed out in a warehouse while employees sleep.

Two California companies have teamed up to build what will become the first neighborhood in the United States made entirely of 3D-printed homes.

Rancho Mirage, a particularly wealthy city east of Los Angeles, is the next testing grounds for real estate developer Palari and construction tech company Mighty Buildings. The two companies are working together to build and sell 15 3D-printed houses that are manufactured in a warehouse and then shipped to their new plots, The Guardian reports. The companies say that their process is cheaper and less environmentally destructive than traditional construction, but it's also a neat demonstration of just how practical the printing technology can become.

"This will be the first on-the-ground actualization of our vision for the future of housing," Mighty Buildings co-founder and COO Alexey Dubov told The Guardian.

The houses will all be identical mid-century modern units with three bedrooms and two bathrooms — though buyers will be able to tack on amenities like outdoor pools, fire pits, and even secondary structures.

The main draw, Mighty Buildings co-founder and sustainability head Sam Ruben told The Guardian, is that the construction process takes 95 percent less human labor and produces 10 percent of the waste of normal home construction. In some cases, the company has even set its printers to build houses overnight while employees slumber.

The base-level home, with no upgrades, is expected to cost $595,000, with all the optional amenities nearly doubling that. That's not exactly a solution to the affordable housing crisis, and it's actually not all that much cheaper than comparable listings in Rancho Mirage.

That said, Ruben says that the company is targeting the "missing middle" class of would-be homeowners who want to buy their own house but can't afford what's already on the market.

"These are your teachers, your firefighters, people who serve a community," he told The Guardian, "but because of how insane the housing market is in California, they have never had the opportunity to buy a home.”

READ MORE: 'The future of housing': California desert to get America's first 3D-printed neighborhood [The Guardian]