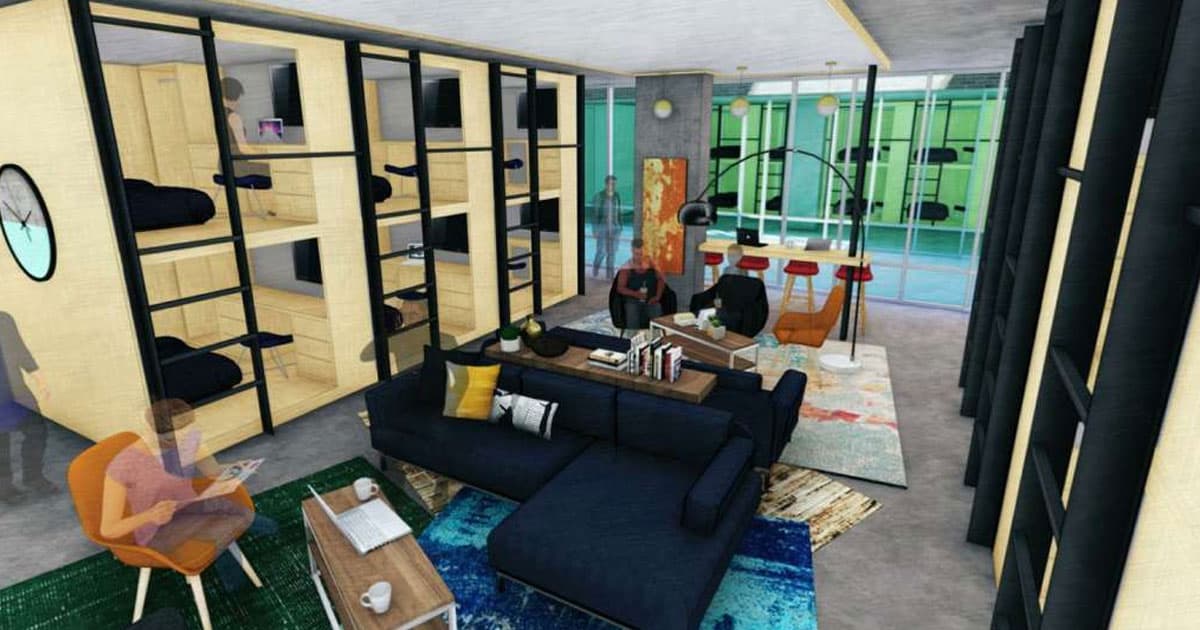 This Developer Wants to Pack Renters Into Tiny Underground Pods

The average rent for a one-bedroom apartment in San Francisco is $3,600 per month, almost a full $1,000 higher than the next most expensive city in the United States.

Now, a Kansas-based housing developer has come up with a plan to bring affordable housing to San Francisco — and it involves packing people into underground sleeping pods barely larger than a king-size mattress.

Developer Chris Elsey of Elsey Partners has drawn up plans to build two apartment buildings each comprising 219 housing units in San Francisco, according to an ABC7 News story.

Of those, 154 would be 200-square-foot "micro-units" with bathrooms and kitchens that would rent for $2,000 to $2,375 per month. But in the basement levels of the buildings, Elsey proposes building 65 "sleeping pods."

Based on renderings shared with SF Gate, the 50-square-foot underground pods would provide just enough room for a bed and a desk. They'd also open directly into a communal living space to avoid violating San Francisco's building code.

Elsey told ABC7 the pods would rent for between $1,000 and $1,375, making them far more affordable than the average apartment in the city. However, residents should be ready to adhere to "house rules" if they want to enjoy the cheaper rent.

"Obviously people don’t like it when people come home drunk and belligerent," he told SF Gate. "And no pod sex. I think anyone who has been in college or a dormitory, you’ve had experiences where you prefer that people do those things in private."

More on pod living: Young People Are Choosing to Live in "Pods" Instead of Apartments

Brands We Love
This Real Estate Investment Platform Saves You Time and Money
10. 19. 21
Read More
Button Mashing
Dystopian Startup Wants to Hang Your Furniture From The Ceiling
7. 24. 19
Read More
Brands We Love
How Data Transparency Is Helping Us Build Future Cities
10. 25. 18
Read More
+Social+Newsletter
TopicsAbout UsContact Us
Copyright ©, Camden Media Inc All Rights Reserved. See our User Agreement, Privacy Policy and Data Use Policy. The material on this site may not be reproduced, distributed, transmitted, cached or otherwise used, except with prior written permission of Futurism. Fonts by Typekit and Monotype.