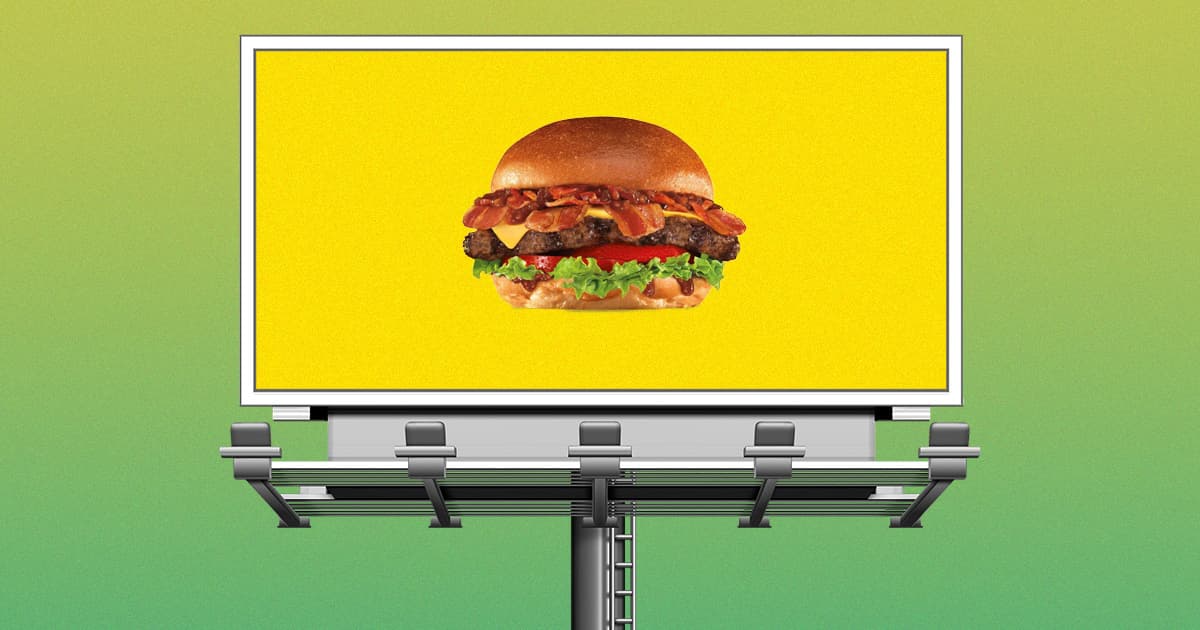 Want Fries With That?

US automaker Ford has patented a piece of technology that could prove to be a major headache for its customers — if, that is, it ever makes it into the company’s cars.

A new patent filed by the car company suggests Ford cars could soon scan the car’s surroundings for billboard advertising and interpret that information to deliver contextual information to the car’s display, as spotted by automotive publication Motor1.

Such information could include the advertiser’s phone numbers, products, or directions to a particular store — an invasive vision of the future of driving.

It’s a dystopian vision of our advertising-laden present and near future. Such a feature could also represent a major distraction for future drivers, as Motor1 points out.

But as of right now, it’s nothing more than a patent. In other words, there’s no guarantee the feature will ever materialize.

Ford submits “patents on new inventions as a normal course of business, but they aren’t necessarily an indication of new business or product plans,” the company told Motor1 in a statement.

Let’s hope this particular concept isn’t any indication of where Ford is headed.