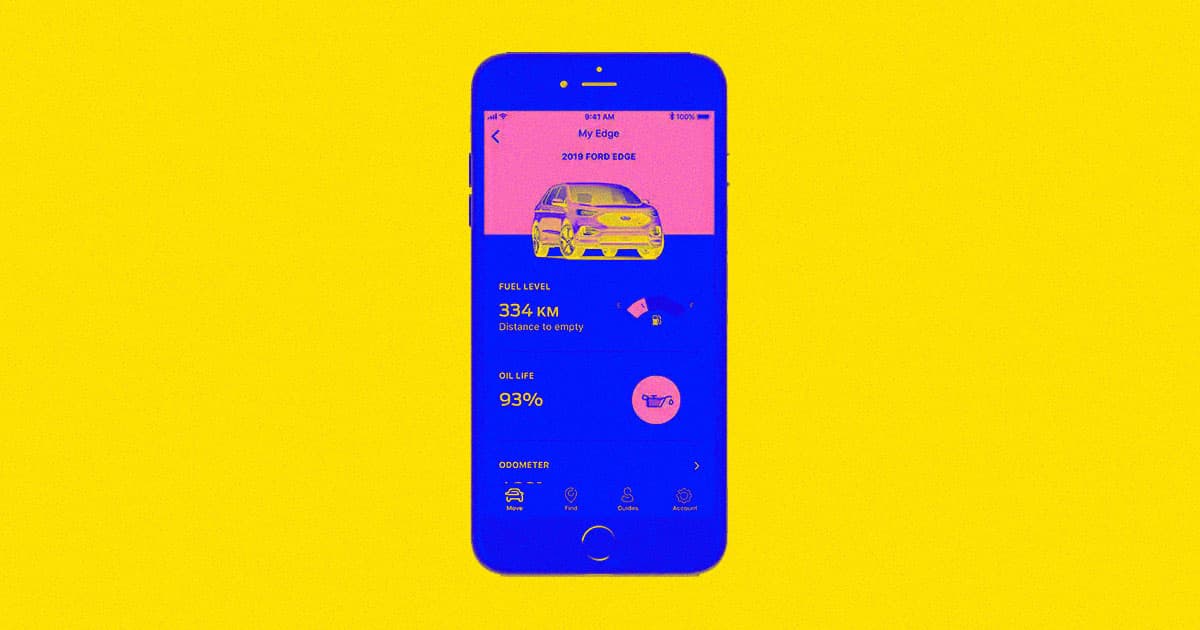 He can still track the SUV's location, control its locks, and turn the engine on and off.

He can still track the SUV's location, control its locks, and turn the engine on and off.

A man who rented a Ford Expedition in May is still able to track the SUV's location and control its engine and locks using the FordPass app — despite returning the vehicle five months ago.

"I have been opening the app and tracking the vehicle almost every day to see if my access is still there," Masamba Sinclair told Ars Technica, "and sure enough, I can see exactly where my old rental, affectionately named 'The Beast,' is at any given moment."

Once connected to a vehicle via the app, a smartphone user can track the vehicle's location, lock and unlock its doors, and even start or turn off its engine.

Sinclair told Ars that he's reached out to Ford multiple times via both Twitter and the company's website about his continued access to the Expedition, which he rented through Enterprise Rent-a-Car. But so far, the company hasn't done anything to remove his access.

Ford spokesperson Martin Gunsberg did respond to Ars, however, telling the publication that FordPass users can disconnect from the service by either performing a master reset via a vehicle's infotainment system settings or by selecting "Remove Vehicle" in the app itself.

Enterprise Rent-a-Car spokesperson Lisa Martini, meanwhile, told Ars that employees are trained how to clear vehicle data as part of the company's "standard vehicle cleaning procedures" — but clearly that hasn't happened to this particular Expedition for at least five months.

More on Ford: Ford Patent Would Let You Steer Your Car by Tilting Your Phone

No Hands
Elon Musk Admits That Tesla's Full Self-Driving Is "Not Great"
8. 24. 21
Read More
Battle of the Giants
Elon Musk Congratulates Ford on Electric F-150
5. 21. 21
Read More
Range Serenity
Ford's Electric F-150 Is Poised to Change the Entire EV Market
5. 20. 21
Read More
+Social+Newsletter
TopicsAbout UsContact Us
Copyright ©, Camden Media Inc All Rights Reserved. See our User Agreement, Privacy Policy and Data Use Policy. The material on this site may not be reproduced, distributed, transmitted, cached or otherwise used, except with prior written permission of Futurism. Fonts by Typekit and Monotype.