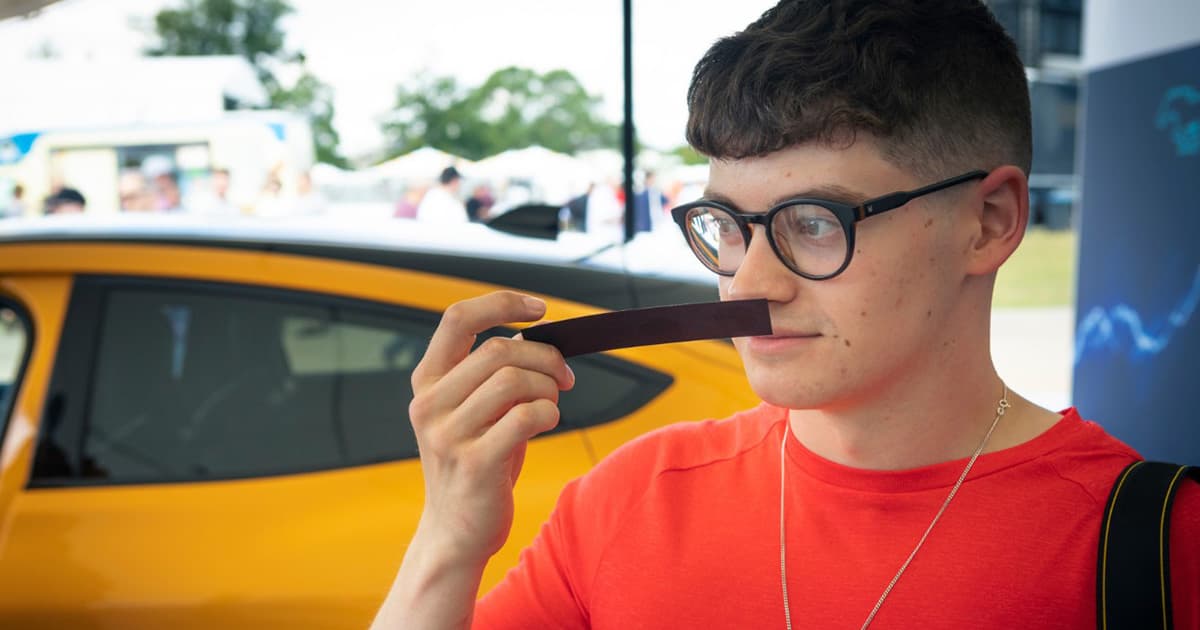 Do You Smell That? Get out of the Garage Now!

And, no, this isn't an extremely late "Voltswagen"-level disaster of an April Fool's joke.

The "premium fragrance" is "for those who crave the performance of the new all-electric Mustang Mach-E GT yet still hold a fondness for the evocative smells of traditional petrol cars," according to a press release.

In other words, Ford is betting that electric car drivers will eventually miss the stink of gasoline — enough to pick up some gas-scented cologne.

It's not just huffing fumes, though — Ford wants you to believe it's a one-of-a-kind, boutique experience.

"Rather than just smelling like petrol though, Mach-Eau is designed to please the nose of any wearer; a high-end fragrance that fuses smoky accords, aspects of rubber and even an ‘animal’ element to give a nod to the Mustang heritage," reads the release.

According to a survey commissioned by the automaker, almost 70 percent of respondents said they would "miss the smell of petrol to some degree." The company went as far as to say that petrol "ranked as a more popular scent than both wine and cheese, and almost identically to the smell of new books."

Talk about selection bias. We're certainly not convinced that the average Mach-E driver cares about — let alone relishes in — a big ol' cloud of stinking exhaust fumes. Ford revealed the fragrance over the weekend at the Goodwood Festival of Speed, an honest-to-goodness worship of petrol-guzzling performance cars.

The company that helped Ford develop the scent, Olfiction, started by blending the smell of burnt tires with other ingredients including lavender and sandalwood. The "animal" element? "An impression of horses," according to the statement.

It sure sounds like Ford's communications team spent a little too much time inhaling car exhausts. Are they OK? Somebody should check in on them.