Volkswagen Says It Lied to Reporters About Name Change

They just admitted it was a marketing stunt after all. 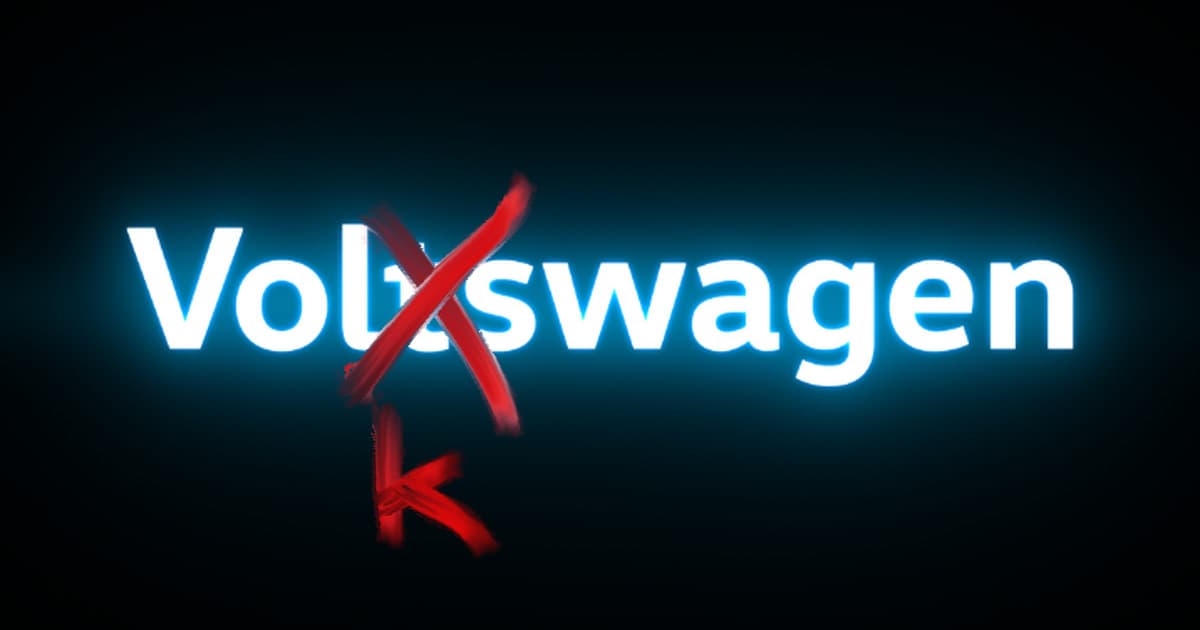 Volkswagen of America now admits that it lied to a number of reporters this week about rebranding its North American division to "Voltswagen," a nod to its dedication to electric vehicles.

It's a confusing mess of a story, so here's what happened. VW communications teams intentionally leaked a draft about the rebranding earlier this week, as The Wall Street Journal reports. The media quickly picked up on the news and covered it. Journalists were astonished when Volkswagen later confirmed the rebranding, specifically noting that it wasn't in fact an April Fools' joke.

Digging its own hole even further, Volkswagen (or "Voltswagen?") of America dropped a press release — which has since been taken down — in which CEO Scott Keogh noted that the "name change signifies a nod to our past as the peoples’ car and our firm belief that our future is in being the peoples’ electric car." Even Wall Street was ready to change up the name for the company.

But on Wednesday, the automaker had to make yet another U-turn, telling Reuters and the WSJ that it was in fact an early April Fools' joke.

"We didn’t mean to mislead anyone," a VW spokesman told the WSJ. "The whole thing is just a marketing action to get people talking about the ID.4."

Talk about mixed messaging. It's not even April 1, and big name brands are already having to dig themselves out of a PR nightmare.

Is the carmaker able to turn this around again? Maybe they did actually adopt the moniker "Voltswagen" after all?

More on the saga: VW's New “Voltswagen” Name Not an April Fool's Joke

Read This Next
Charged Up
Startup Says Amazing New Battery Lets EVs Drive 400 Miles, Recharge in 15 Minutes
Shots Fired
Ford CEO Mocks Tesla For Rolling Out Half-Finished Autonomous Driving
Weather Advisory
It's So Cold, Even Teslas Are Freezing Shut
Shot Chaser
More Bad News: Tesla Is About to Owe $920 Million in Debt
Going Down
Tesla's Stock Plummets After It Cuts Price of All Models
More on Advanced Transport
Wrong Turn
Yesterday on the byte
Terrifying Video Shows Self-Driving Tesla Head Into Oncoming Traffic
Where's Musko
Friday on futurism
7 Theories About Why Elon Musk Has Disappeared
Robotaxi to Nowhere
Friday on the byte
Group of Robotaxis All Shut Down at Same Moment, Stopping Traffic for Hours
READ MORE STORIES ABOUT / Advanced Transport
Keep up.
Subscribe to our daily newsletter to keep in touch with the subjects shaping our future.
+Social+Newsletter
TopicsAbout UsContact Us
Copyright ©, Camden Media Inc All Rights Reserved. See our User Agreement, Privacy Policy and Data Use Policy. The material on this site may not be reproduced, distributed, transmitted, cached or otherwise used, except with prior written permission of Futurism. Fonts by Typekit and Monotype.