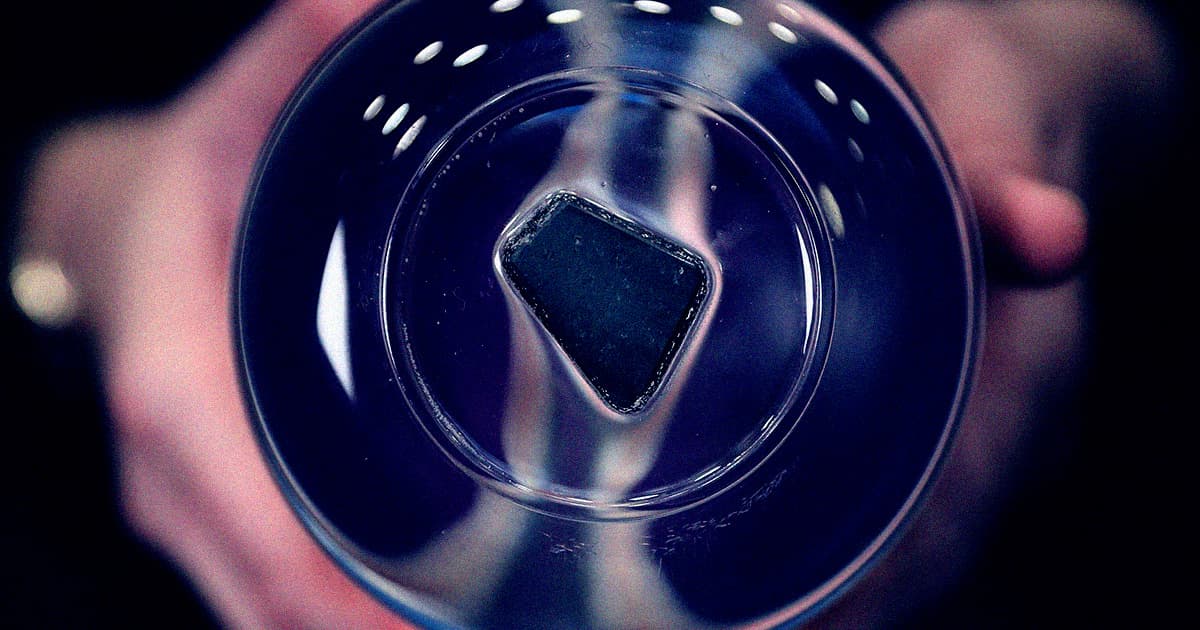 "I can't even tell you how long I owned it for."

"I can't even tell you how long I owned it for."

A missing Moon rock originally gifted to the state of Louisiana by then-President Richard Nixon has been returned after a man in Florida found it sitting in an old box in his home. The man told CollectSPACE that he must have bought the rock, which vanished without a trace years ago, at some garage sale within the last 15 or so years — and that he never realized that he had bought such a priceless artifact.

"I can't even tell you how long I owned it for," the man, who asked not to be named, told CollectSPACE. "I'm not even sure how much I paid for it. I buy plaques because I take the wood from the plaques and I send it over to my gunstock guy and he makes grips for my Colts and so forth."

It's a bizarre story — no one knows how a lunar sample from the Apollo 17 mission ended up at a garage sale — but it points to a much bigger problem. Hundreds of Moon rocks have gone missing or been stolen, according to The Advocate, and most are still totally unaccounted for.

The vast majority of the lunar samples brought back during the Apollo missions remain sealed away by NASA. However, most of the nearly 200 samples that Nixon gifted to the 50 US states, the country's territories, and foreign governments have gone missing. A small percentage have been reported stolen, according to CollectSPACE. But the vast majority, like the Apollo 17 sample that the Florida man hand-delivered to the Louisiana State Museum, vanished without any clear explanation.

"As for the piece of the Apollo 17 moon rock that was given to Louisiana, [Louisiana Art and Science Museum chief curator Elizabeth] Weinstein had no idea where it might be," reads a 2018 article in The Advocate about how a reporter finally found Louisiana's Apollo 11 sample, which had also been missing.

Louisiana State Museum interim director Steven Maklansky told CollectSPACE that the museum has no plans to launch an investigation into the rock's bizarre journey from the state's custody, to a garage sale, to a Florida man's gun part storage, and back again, so we may never know how it got lost in the first place or who, presumably, had sticky fingers and decided to take it for themselves.

"As you can appreciate, I'm just happy that it is here now," Maklansky told the Associated Press.