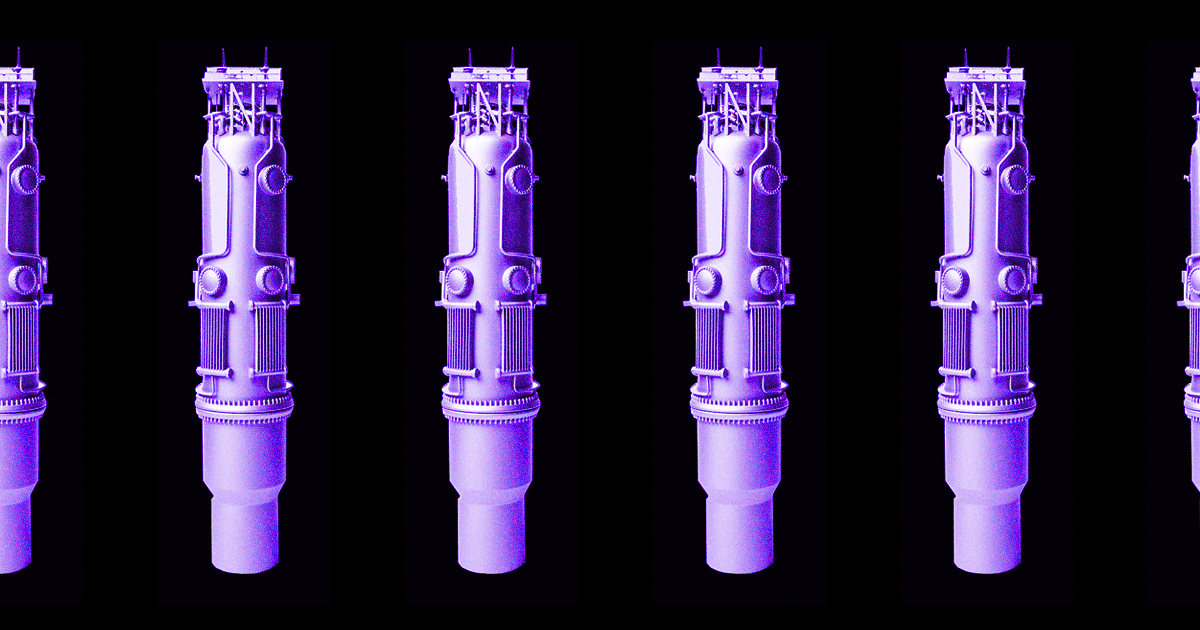 This design could be a game changer for renewable energy.

This design could be a game changer for renewable energy.

A small nuclear reactor has been approved for certification by the US Nuclear Regulatory Commission (NRC) on Friday, which could make it the first of its kind to be approved in the United States.

It's been a long time coming. The certification process kicked off all the way back in 2016 and its design was approved two years ago by the NRC.

The small modular reactor (SMR), designed by Oregon-based nuclear reactor company NuScale Power, can be mass produced in a central factory and shipped to wherever they’re needed — which is both cheaper and less time-consuming than designing a custom nuclear reactor for each location.

At 65 feet tall and nine feet in diameter, the reactor is indeed pretty small — for a reactor, anyway — capable of outputting some 77 megawatt electrical units of power.

In fact, up to 12 of these bad boys can be chained together in a standard power plant configuration to produce a total of 924 MWe, according the World Nuclear Association, which puts it about on par with the average nuclear power plant.

This isn’t technically the first SMR worldwide to exist. The International Atomic Energy Agency reports that countries such as China already have SMRs in "advanced stages of construction."

Still, it’s a big win for American nuclear energy, considering that in the past 30 years or so there has been almost no new nuclear construction, according to a 2020 report by Scientific American.

Given this latest development and the Department of Energy calling SMRs "a key part of The Department's goal to develop safe, clean, and affordable nuclear power," the nuclear drought looks set to end soon.

Of course, as with anything nuclear, concerns have been raised over the design's safety. A July 2020 report, for instance, discussed possible complications arising from "boron dilution" which could prevent the reactor from fully shutting down in an emergency.

But don't expect to see these things in operation any time soon, though — by the company's own timeline, it’ll be at least 2029 by the time a NuScale power plant is up and running.