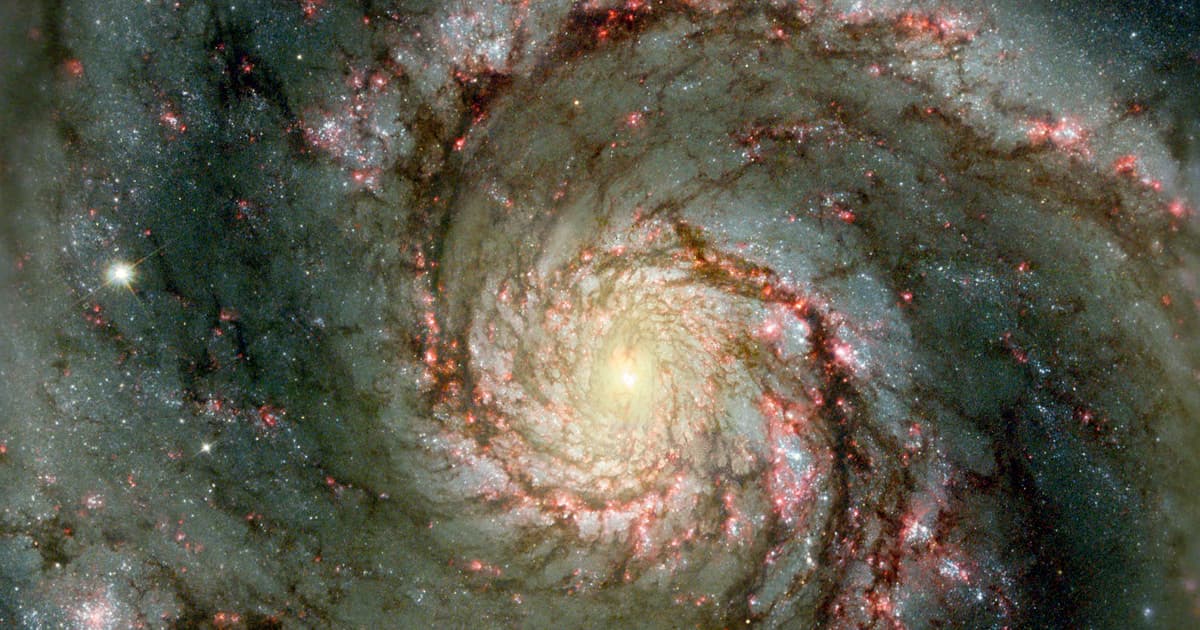 Scientists Claim to Find First-Ever Planet in Another Galaxy

"There's absolutely no reason to think there wouldn’t be planets in other galaxies."

"There's absolutely no reason to think there wouldn’t be planets in other galaxies."

A team of scientists says it's spotted what might be the first-known exoplanet in an entirely different galaxy.

There could be billions of exoplanets within our own galaxy, but finding new worlds in even the next galaxies over is vastly more difficult. Now, with evidence that a planet-sized object is orbiting a binary system in the Whirlpool galaxy, New Scientist reports that a team of Harvard-Smithsonian scientists may have finally broken that barrier.

Over the years, a few scientists found signs of exoplanets in other galaxies, but none have ever been confirmed. The same is true for this potential exoplanet, according to preprint research shared online last week. But still, scientists are cautiously optimistic.

"It's exciting, but not unexpected," Angelle Tanner, a Mississippi State University astronomer who didn't work on the study, told New Scientist. "There's absolutely no reason to think there wouldn't be planets in other galaxies."

Unfortunately, any confirmation could be entire decades away, New Scientist reports. The team found evidence that an object the size of Saturn — potentially a gas giant itself — passed in front of one of the stars in its binary system. But because it's also orbiting at about the same distance as Saturn does our Sun, it might be decades before it does so again, at which point scientists could confirm the discovery.

"It could be something that just passed in front of this system, never returning again," Tanner said.

READ MORE: Astronomers may have found the first planet in another galaxy [New Scientist]

More on exoplanets: This is the First Image of a Multi-Planet System Around a Sun-Like Star