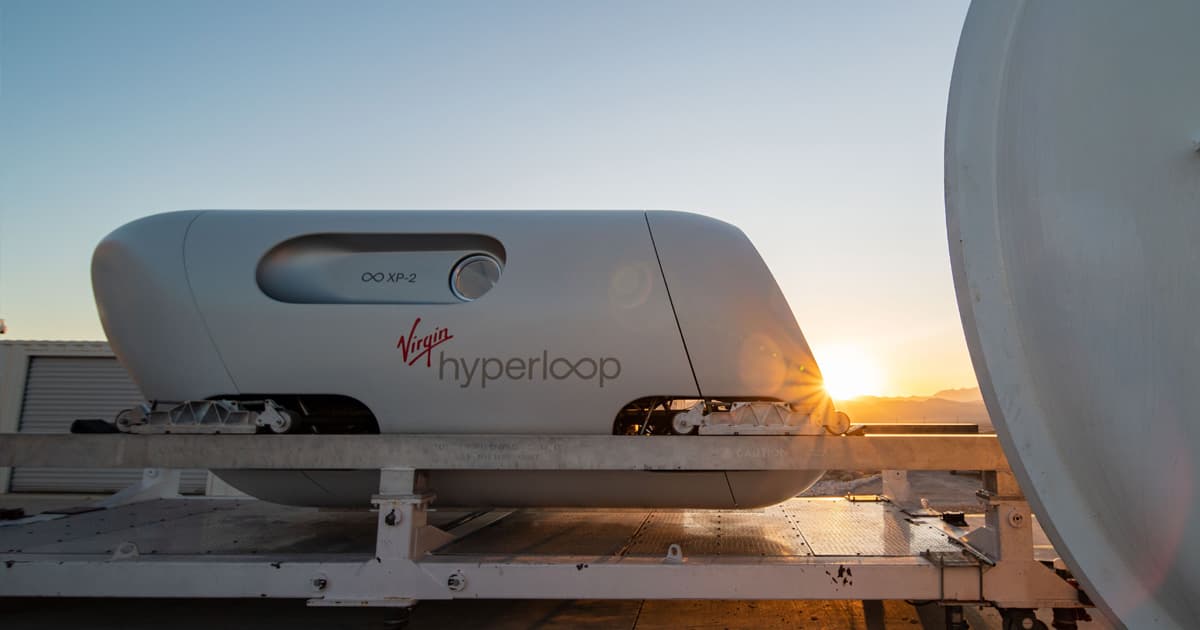 "It felt not that much different than accelerating in a sports car."

"It felt not that much different than accelerating in a sports car."

In the middle of the Nevada desert north of Las Vegas, the first-ever passengers just rode a Hyperloop.

Sara Luchian, Virgin Hyperloop's director of passenger experience, and Josh Giegel the project's co-founder, rode the futuristic levitating pod through a 500-meter test track, accelerating up to 107 mph in just 6.25 seconds, rivaling some of the fastest production cars ever made.

"It felt not that much different than accelerating in a sports car," Giegel told The New York Times.

"It was much smoother than I expected," Luchian added.

The promise: travel at up to 600 mph, shrinking transportation time between cities — LA to San Francisco, for instance, would take less than an hour.

Virgin Hyperloop CEO Jay Walder hyped up the event, calling it a historic "moonshot moment. I have no doubt this will change the world."

"With today’s successful test, we have shown that this spirit of innovation will in fact change the way people everywhere live, work, and travel in the years to come," Virgin founder Richard Branson said in a statement.

For almost a decade — SpaceX CEO Elon Musk first described the concept back in 2012 —  the dream of traveling through a vacuum tube at breakneck speeds has fascinated those who dream of never getting back on a crammed airplane.

But so far, arguably little progress has been made. Plenty of questions remain surrounding the financial viability of such an expensive mode of transportation.

Besides some key investments by several countries around the world and a small number of other test tracks, the first operational Hyperloop track has yet to be built.

And rather than navigating through air unobstructed, plenty of land also has to be claimed to build out routes.

READ MORE: A Step Forward in the Promise of Ultrafast ‘Hyperloops’ [The New York Times]