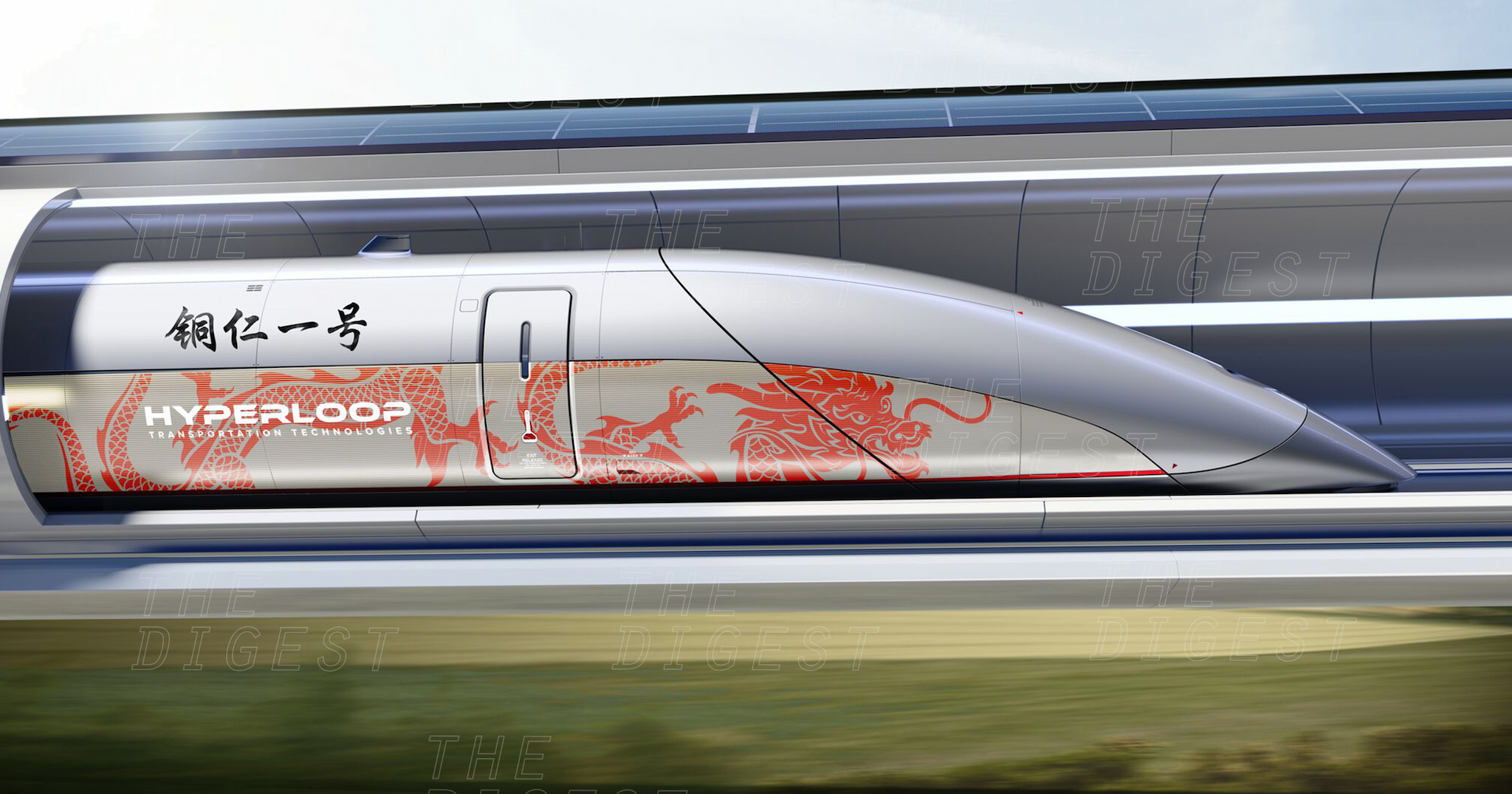 The race to open China's first hyperloop track is on.

The race to open China's first hyperloop track is on.

The latest move to address this urban traffic nightmare: Chinese state-backed companies are making heavy investments in U.S. hyperloop startups Arrivo and Hyperloop Transportation Technologies, lining up $1 billion and $300 million in credit respectively. It's substantial financing that could put China ahead in the race to open the first full-scale hyperloop track.

MAG-LEV SLEDS. Both companies are planning something big, although their approaches differ in some key ways. Transport company Arrivo is focusing on relieving highway traffic by creating a separate track that allows cars to zip along at 200 miles per hour (320 km/h) on magnetically levitated sleds inside vacuum-sealed tubes (it's not yet clear if this will be above ground or underground).

Arrivo's exact plans to build a Chinese hyperloop system have not yet been announced, but co-founder Andrew Liu told Bloomberg that $1 billion in funding could be enough to build "as many as three legs of a commercial, citywide hyperloop system of 6 miles to 9 miles [9.5 to 14.4 km] per section." The company hasn't yet announced in which city it'll be built.

Meanwhile, Hyperloop Transportation Technologies has already made up its mind as to where it will plop down its first Chinese loop. It's the old familiar maglev train design inside a vacuum tube, but instead it's passengers, not their cars, that will ride along at speeds of up to 750 mph (1200 km/h). Most of the $300 million will go towards building a 6.2 mile (10 km) test track in Guizhou province. According to a press release, this marks the third commercial agreement for HyperloopTT after Abu Dhabi and Ukraine from earlier this year.

A PRICEY SOLUTION. Building a hyperloop is expensive. This latest investment hints at just how expensive just a single system could be in the end. But providing high-speed alternatives to car-based transport is only one of many ways to deal with the gridlock and traffic jams that plague urban centers. China, for instance, has attempted to tackle the problem by restricting driving times based on license plates, expanding bike sharing networks, and even mesh ride-sharing data with smart traffic lights.

And according to a recent report by Chinese location-based services provider AutoNavi, those solutions seem to be working: a Quartz analysis of the data found that traffic declined by 12.5 and 9 percent in Hangzhou and Shenzhen respectively, even though the population grew by 3 and 5 percent.

MO' MONEY, MO' PROBLEMS. There are more hurdles to overcome before hyperloop can have a significant impact in China. There is the cost of using the hyperloop system — if admission is priced too high (perhaps to cover astronomical infrastructure costs), adoption rates may remain too low to have a significant effect.

The capacity of a maglev train system would also have to accommodate China's  growing population centers. That's not an easy feat— HyperloopTT's capusles have to squeeze through a four meter (13 feet) diameter tube and only hold 28 to 40 people at a time, and there are 3 million cars in Shenzhen alone.

We don't know yet whether China's hyperloop investments will pay off and significantly reduce traffic in China's urban centers. But bringing new innovations to transportation in massive and growing cities — especially when those new innovations are more environmentally friendly — is rarely a bad idea.