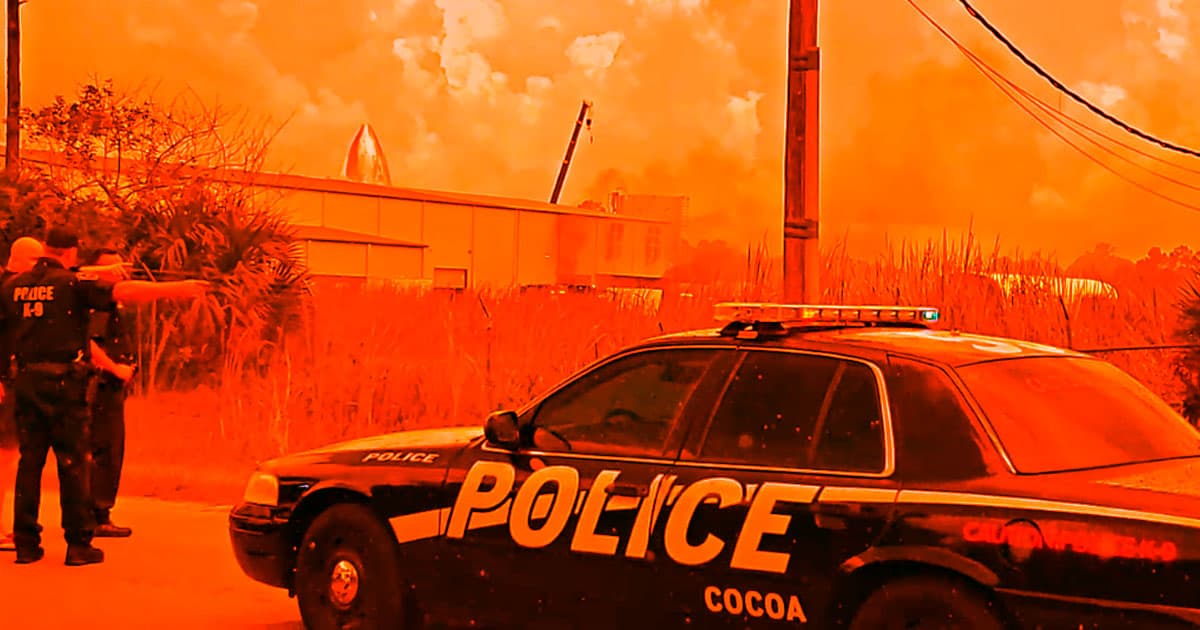 Fire Up the Engines

Fire Breaks Out at SpaceX Starship Facility in Florida

Someone streamed the fire live on Twitch.

Someone streamed the fire live on Twitch.

A small fire broke out today at SpaceX's Florida facility — focused on bringing the Starship rocket to life — TechCrunch reports.

"This afternoon, a small fire occurred at a SpaceX facility in Cocoa, Florida," SpaceX wrote in a statement to TechCrunch. "The fire was contained to a sea van on site and extinguished thanks to the Cocoa Fire Department, which responded within minutes. There were no injuries as a result of the fire, and the cause is under investigation."

Footage of the fire was streamed live on Twitch, courtesy of NASASpaceFlight.com managing editor Chris Bergin. The footage shows a plume of dark smoke emanating from a building, with the nose of SpaceX's Starship test craft in the background, seemingly undamaged.

SpaceX successfully completed the first tethered "hop" of its Starship test "Hopper" at its other facility in Boca Chica, Texas in April. The two facilities — in Texas and Florida — are actively competing to develop Starship and are currently working on prototypes.

The news also comes after a SpaceX Crew Dragon capsule exploded during a static test back in April, delaying the first crewed test launch of the passenger spacecraft.

We have yet to see if the incident will impact timelines at all — we don't yet know what the cause of today's fire was — but it's looking unlikely to represent any significant setback.