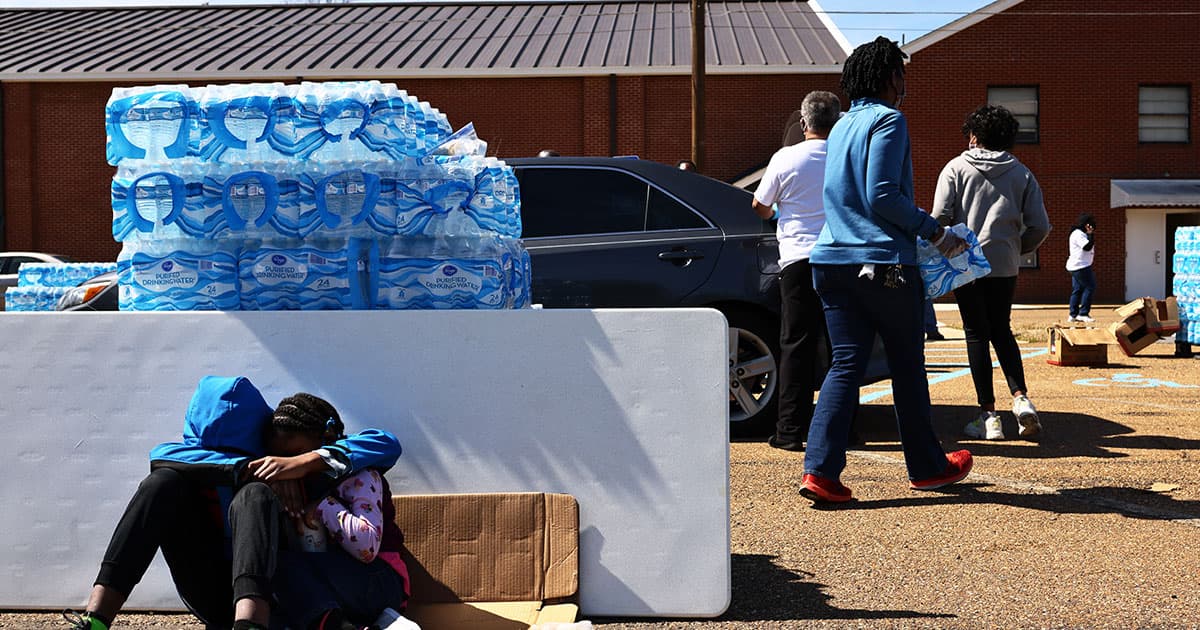 The Water System in Jackson, Mississippi Has Effectively Collapsed

Residents have no water to drink, shower, or flush toilets.

Residents have no water to drink, shower, or flush toilets.

The water system in Jackson, Mississippi has essentially collapsed, Mississippi Today reported this week, with thousands of the city's residents finding themselves without access to clean water or even the water pressure to take a shower.

In an especially grim detail, local fire departments are also severely limited in their capacity to fight fires, while local schools and hospitals can't operate normally. The city even temporarily ran out of bottled water to give residents, according to CNN.

The breakdown, coming on the heels of a boil water notice that's been in effect since July, is a searing indictment of inequality in the majority-Black and lower-income Jackson — though, coming at the end of a summer full of grave environmental news, it could also be a sign of things to come for many more Americans.

"I keep saying we're going to be the next Michigan," Jeraldine Watts, 86, told CNN on Monday, referencing the Flint water crisis. "And it looks like that's exactly what we're headed for."
For those who want to donate to help the city, there are many options.
"Tons of people across the state and across the country have been asking how they can help with the Jackson water crisis," wrote one community organizer, listing multiple organizations in need of assistance.
More on environmental crises: California Installing Huge Solar Panels Over Canals to Combat Drought