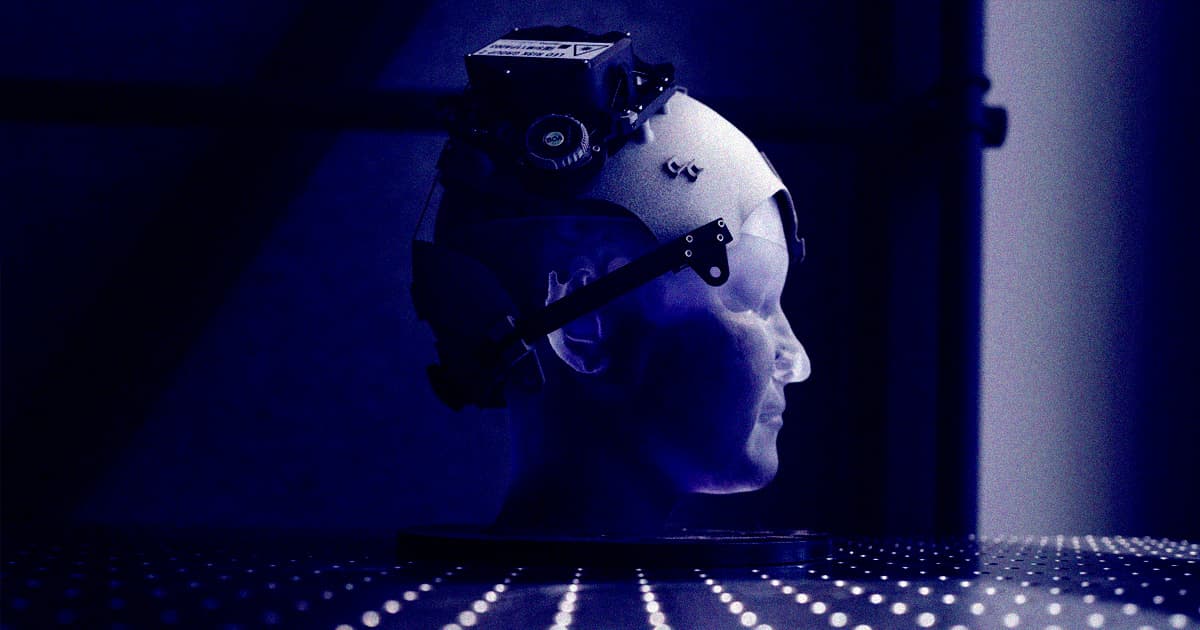 Turns out developing a headset that allows people to type just by imagining the words is really hard.

Turns out developing a headset that allows people to type just by imagining the words is really hard.

In a Wednesday blog post, Facebook announced that it's abandoning plans to develop a brain-computer interface headset designed to convert neural signals into spoken words.

The social media megacorporation is instead focusing its efforts on developing a wrist-based solution that can act as a controller inside virtual reality (VR) environments.

"While we still believe in the long-term potential of head-mounted optical [brain-computer interface] technologies, we’ve decided to focus our immediate efforts on a different neural interface approach that has a nearer-term path to market," Facebook's blog post reads.

The company has spent four years on the headset, but hasn't made much progress toward bringing a usable device to the consumer market, a reminder that deciphering noisy brain activity into usable data is extremely hard — even with considerable funding from one of the biggest companies in the world.

Mark Chevillet, a neuroscientist who previously worked on the project, explained to MIT Technology Review why Facebook decided to jump ship.

"We got lots of hands-on experience with these technologies," he told the publication. "That is why we can confidently say, as a consumer interface, a head-mounted optical silent speech device is still a very long way out. Possibly longer than we would have foreseen."

Facebook was hoping to turn its mind-controlled headset interface into a revolutionary device for the masses — not just reserved for patients with paralysis, who have already been able to control robotic arms and use computers with their thoughts alone, as demonstrated in a number of experiments.

But realizing the vision without resorting to devices that have to be surgically implanted in the brain proved to be difficult.

"We never had an intention to make a brain surgery product," Chevillet explained.

Preliminary research funded by Facebook showed some promising results, allowing a man who experienced a stroke to type sentences at 15 words a minute. That may be an impressive scientific feat, but the technology isn't even close to where Facebook was envisioning — especially for a consumer-facing gadget.

"We see applications in the foreseeable future in clinical assistive technology, but that is not where our business is," Chevillet told MIT Tech. "We are focused on consumer applications, and there is a very long way to go for that."

Facebook is now leaning into developing a wrist-worn device that can read muscle signals in the arm, allowing it to function as a controller inside a VR experience. With the help of startup CTRL-Labs, which Facebook acquired back in 2019, Facebook is hoping to bring the bracelet controller to market.

When that will happen, though, is anybody's guess.

More on the headset: Facebook is Making Progress on Its Mind Reading Headset

Be Afraid
Facebook Locks Down Patents for Full-Body VR Tracking
Jan 11
Read More
Elon In My Mind
Elon Musk Says Neuralink's First Product Will Control Smartphone With Brain Implant
4. 9. 21
Read More
Eyes Have It
Doctors Are Preparing to Implant the World's First Human Bionic Eye
9. 15. 20
Read More
+Social+Newsletter
TopicsAbout UsContact Us
Copyright ©, Camden Media Inc All Rights Reserved. See our User Agreement, Privacy Policy and Data Use Policy. The material on this site may not be reproduced, distributed, transmitted, cached or otherwise used, except with prior written permission of Futurism. Fonts by Typekit and Monotype.