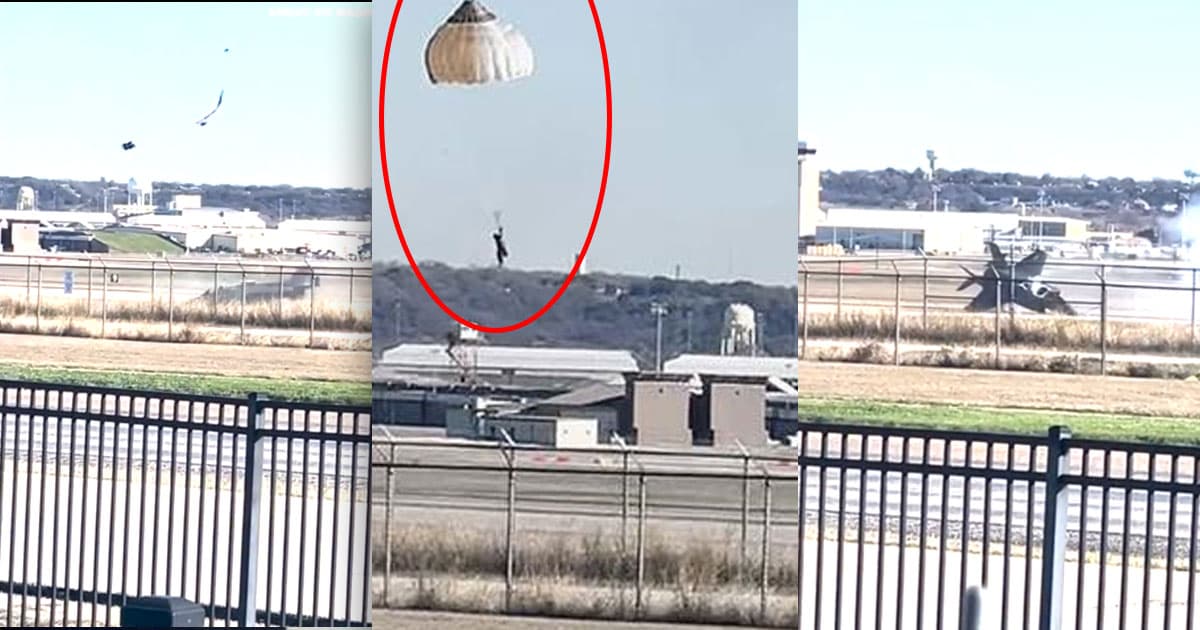 "So glad we went with this instead of universal healthcare."

"So glad we went with this instead of universal healthcare."

In a viral video, an uber-expensive F-35 fighter jet bounces weirdly while landing before going nose-to-the-runway and ejecting the pilot — and man, is it freaky to watch.

As CBS News reports, the bizarre slow-motion crash and pilot ejection occurred while the pilot of the Marines' F-35B jet was attempting to land at a Naval air base in Fort Worth, Texas. As of now, it remains unclear what caused the crash or how injured the pilot was, though a Defense Department spokesperson did confirm to the Washington Post that they were taken to the hospital.

As outrageous as the video itself is, the pricetag of the F-35 jet — developed as part of a joint Lockheed Martin-DOD program, which as of earlier this year had cost a whopping $1.7 trillion to "buy, operate, and sustain" — makes the viral crash all the crazier.

As Defense News reported earlier this year, the Pentagon admitted that it costs $9.1 million per year to fly a single F-35B like the one seen crash-landing in the Fort Worth base vid.

Unsurprisingly, much of the commentary accompanying the video is incredulous.

"Fighter jets are not supposed to bounce," one Reddit user posted on the r/CrazyFuckingVideos subreddit.

"So glad we went with this instead of universal healthcare," one user joked, with another cheekily suggesting that kind of money could go towards paying reparations to the descendants of enslaved Africans.

"The amount the US has spent on the F-35 fighter jet would have provided free college for generations," an activist group tweeted. "We have student debt because Congress spends money on this instead."

It is indeed a jarring reminder of the fallible ends of mind-boggling military spending — but at least in this case, the jet didn't accidentally shoot itself with its own gun.