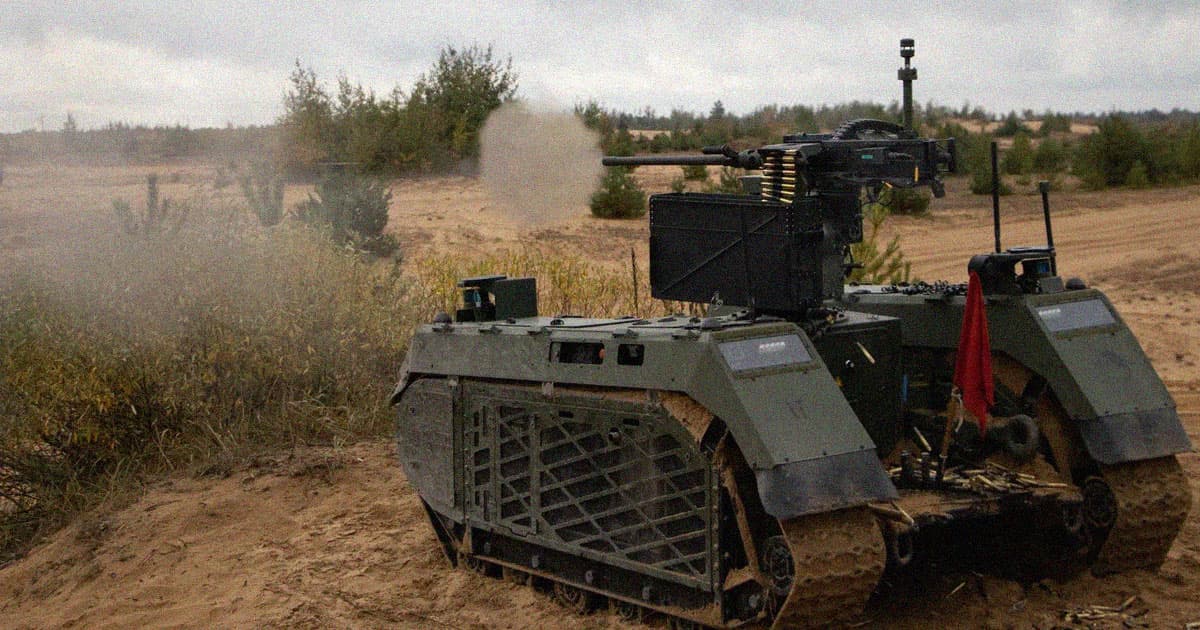 "We are under the direct eyes and ears of the Russians."

"We are under the direct eyes and ears of the Russians."

The Netherlands has deployed several armed and unmanned ground vehicles (UGV), making it the first NATO country to do so — setting an alarming precedent for the use of killer robots on the battlefield by the West.

As Vice reports, the AI-powered robots dubbed the Tracked Hybrid Modular Infantry Systems (THeMIS) were developed by Estonian defense company Milrem Robotics and were dispatched to Lithuania on September 12.

Armed with tank treads, they can host a number of different weapons. Pictures published by the Dutch military show the tank-like machines outfitted with machine guns.

"We have deployed four weaponized [unmanned] machines within an operational experiment," lieutenant colonel Sjoerd Mevissen, commander of the Royal Netherlands Army's Robotics and Autonomous System, told defense outlet Janes. "To my knowledge, we have not seen this before in the West."

"The machines have been handed over for experimental use in an operational unit in a military-relevant environment," he added. "These are not simply tests on a training ground."

Sending the bots to Lithuania isn't exactly a subtle — or comforting — move. The Eastern European nation borders Russia and isn't far from the front lines in NATO-supported Ukraine.

In other words, it's a "military-relevant environment."

"We are under the direct eyes and ears of the Russians," Mevissen said in the statement, "and as such in a semi-operational environment.”

Though this might be NATO's first official deployment of UGVs, they're not the first ones to be deployed. As Vice points out, the Russian Ministry of Defense put what amounts to a bigger version of THeMIS on the ground in Syria back in 2018, and Iran's previously shown off a smaller version of the same vehicle.

That being said, it's not like NATO — and the US specifically — are strangers to autonomous, AI-equipped flying drones.

And while the Dutch military insists that the THeMIS tanks are still experimental, their NATO deployment is a big deal — and may further cement the onset of a new era in military technology.