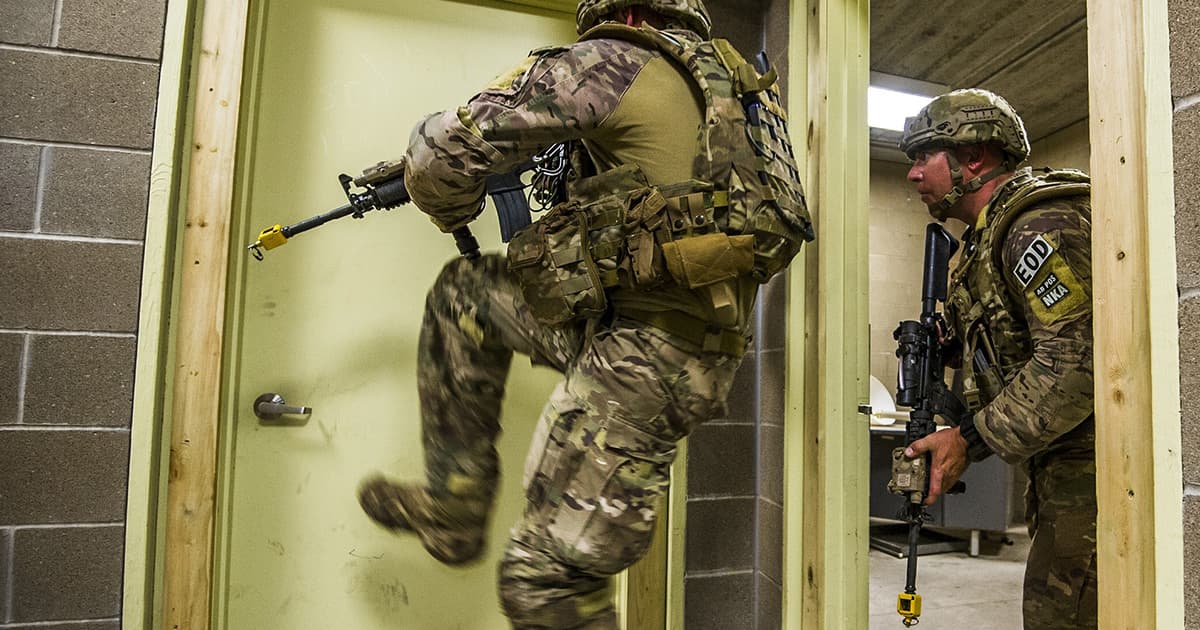 It could eventually be fitted with a rocket launcher or chain gun.

It could eventually be fitted with a rocket launcher or chain gun.

The drone, called i9, is capable of flying indoors and identifying targets using artificial intelligence, according to The Times.

While the current design is outfitted with a "twin barrel stabilized shotgun," the aircraft could get a rocket or chain gun upgrade in the future.

Excl: A shotgun-armed drone that can fly indoors & identify targets using AI has been developed by British military.

The i9 has overcome the “wall suck” problem facing drones flying indoors.

It’ll be used in urban warfare & could be fitted with a rocket or chain gun in future. pic.twitter.com/I6ImnEBHDW

The drone is equipped with six rotating blades and is meant to provide breaching commandos in urban settings with an initial view into interior spaces, identifying targets in the process. Troops in Afghanistan have suffered significant causalities during this "breaching" phase, The Times reports.

Once the drone is inside, troops on the ground can then authorize it to open fire from a live feed on a screen nearby.

Apart from identifying targets indoors, the i9 is also designed to act as a "battering ram," knocking target drones out of the sky, according to Popular Mechanics.

The Ghost 4 was also built for reconnaissance, using lasers to identify targets. Mounting weapons on it "would be possible," as Luckey told Wired.