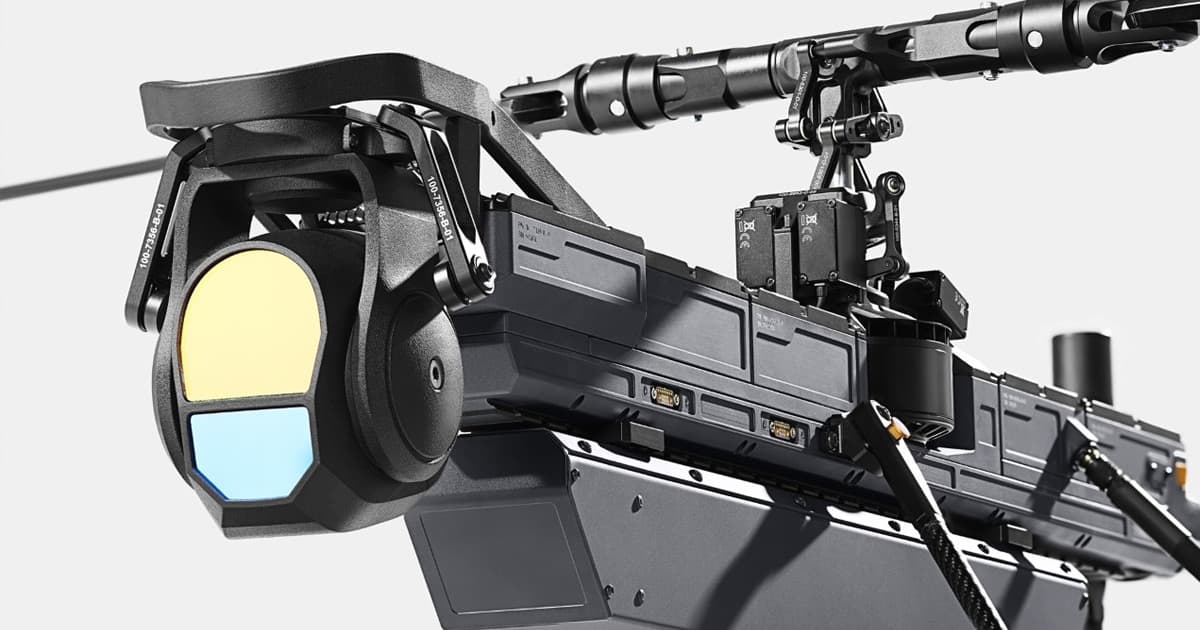 Its creator calls it "a Swiss army knife that can do everything."

Its creator calls it "a Swiss army knife that can do everything."

The company promises to inject artificial intelligence into drone-assisted missions in the near future, Wired reports, with the Ghost 4 performing tasks such as identifying targets much faster and more efficiently.

Luckey called the Ghost a "a Swiss army knife that can do everything" in a statement. The two-meter long aircraft can be folded to fit into a backpack and can withstand the roughest of conditions, including sand and sea water.

According to Anduril, the drone can fly for 100 minutes, controlled either autonomously or remotely by a pilot.

The drone is designed to carry cameras for reconnaissance, lasers to identify targets, or even a radio jammer. It could even carry its own weapon systems in the future. "It would be possible," Luckey told Wired. "But nobody's done it yet."

Using artificial intelligence to identify targets is a controversial idea. For instance, the contract for Google's Project Maven, a Pentagon project that uses AI to identify drone targets in satellite images, ended up being abandoned due to mounting pressure from both employees and the general public.

Luckey argues that the US is at risk of falling behind its adversaries, including Russia and China. "I don’t think we can win an AI arms race by thinking it’s not going to happen," he said in the statement.

More on military drones: Air Force Pilots Are About to Do Battle With Autonomous Drones

Drone Tanker News
The US Navy Just Used a Drone to Refuel a Fighter Jet in Midair
6. 7. 21
Read More
His Power
Scientists Develop Compound That Kills So Efficiently They Named It After Keanu Reeves
Yesterday
Read More
Making Waves
Alien-Detecting AI Finds Eight "Suspicious" Signals
Yesterday
Read More
+Social+Newsletter
TopicsAbout UsContact Us
Copyright ©, Camden Media Inc All Rights Reserved. See our User Agreement, Privacy Policy and Data Use Policy. The material on this site may not be reproduced, distributed, transmitted, cached or otherwise used, except with prior written permission of Futurism. Articles may contain affiliate links which enable us to share in the revenue of any purchases made.
Fonts by Typekit and Monotype.