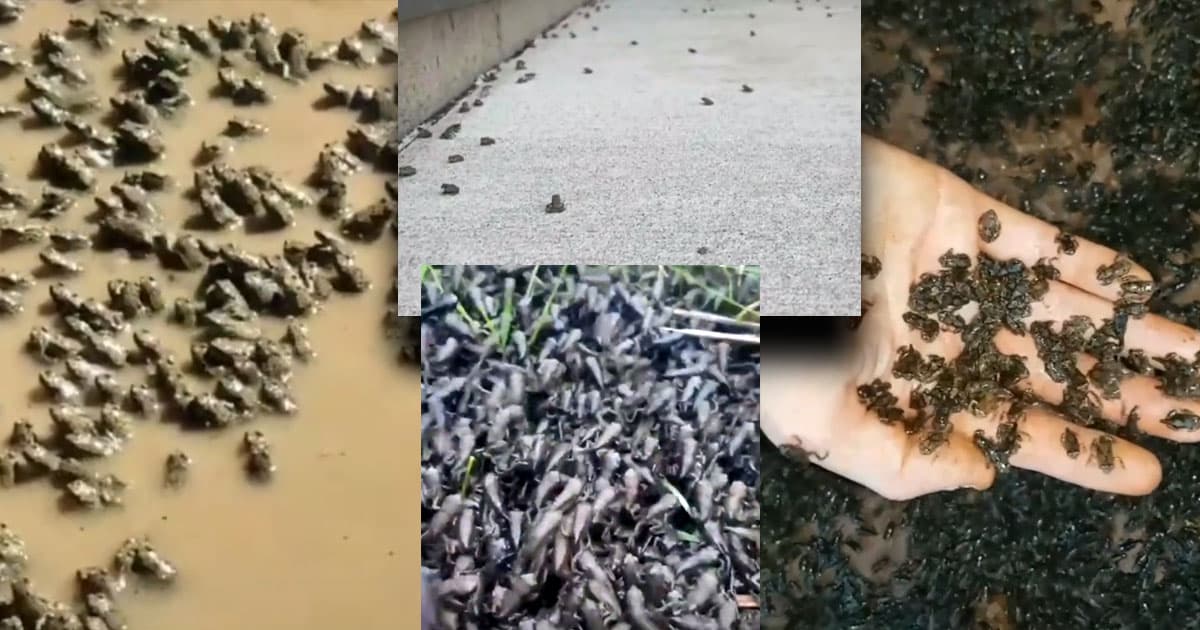 "I wanted to create the largest frog army in history."

"I wanted to create the largest frog army in history."

A UK-based TikTok teen claims to have collected more than 1.4 million frog eggs, which have since hatched inside their backyard pool — and conservation biologists are horrified by the potential consequences of the trend going viral, The Guardian reports.

"I wanted to create the largest frog army in history," the user, who goes by the username thinfrog, said in a recent video. "Next year I will create a giant pond for ten million frogs."

Unsurprisingly, the enormous writhing mass of small frogs reportedly took over the TikToker's and their neighbor's yard before spreading "across the neighborhood."

"It makes me cringe," Tierra Curry, a conservation biologist at the Center for Biological Diversity, an Arizona-based nonprofit, told The Guardian. "Instead of helping, [these TikTok users] are actually hurting the animals they’re releasing and all the animals in the environment that they’re releasing them into — it’s creating a vector for disease and invasive species."

The stunt isn't unprecedented. Another user also decided to play God by releasing 100 million ladybugs in Central Park, before claiming he was hit with a lawsuit and fleeing the country (it's worth remembering, of course, that people on the internet sometimes just make stuff up).

Needless to say, experts aren't exactly thrilled by teens wreaking havoc with delicate natural ecosystems, especially if copycats — or, uh, copyfrogs — start to catch on. Ominously, comment sections are full of other users asking accounts like thinfrog how to start their own army.

BBC Wildlife marine biologist Dawood Qureshi told Metro that "breeding that many frogs is definitely not good for the environment," adding that such an influx of predators could limit the number of insects, which could "have a negative impact on important processes such as pollination."

After all, the TikTok users are in it for the views. Just a single video going viral on the video-sharing platform can bring in tens of millions of views, as has been the case for thinfrog.

And that could end up having "extremely negative consequences," as Curry told The Guardian.

So, perhaps, let nature decide which frogs get to live or die.

More on invasive species: Florida Officials Alarmed by Invasion of Giant Snails That Can Cause Meningitis

Charlotte's Web
Experts Say That Those Giant Spiders Falling From the Sky Are Good, Actually
Mar 10
Read More
Death From Above
Autonomous Drones Are Dropping Rat Poison Bombs on This Island
1. 24. 19
Read More
Jellyfish Thrive on Pollution and Climate Change. Now They're Taking Over
1. 6. 19
Read More
+Social+Newsletter
TopicsAbout UsContact Us
Copyright ©, Camden Media Inc All Rights Reserved. See our User Agreement, Privacy Policy and Data Use Policy. The material on this site may not be reproduced, distributed, transmitted, cached or otherwise used, except with prior written permission of Futurism. Fonts by Typekit and Monotype.