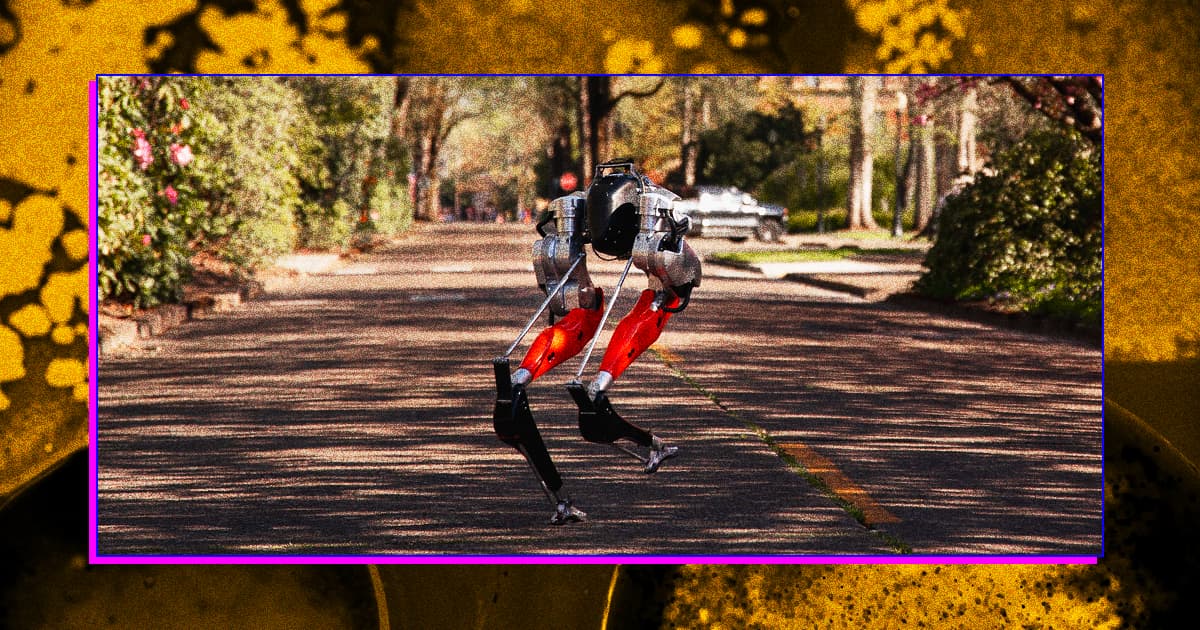 This is the first robot to learn how to run on an outdoor course.

This is the first robot to learn how to run on an outdoor course.

How are your pandemic fitness goals going? There's no wrong answer to that question, of course, but we only ask so that we can make you aware of Cassie, a bipedal robot that just ran its first 5K race.

Cassie, a robot built by the Oregon State University spinout Agility Robotics that looks more like the half of Darth Maul that got left behind on Naboo than its more humanoid counterparts, completed the course in a little less than an hour, according to a university press release. That's about the same speed as a human taking a meandering stroll, so Cassie isn't likely to take home any Olympic medals any time soon, but it's still an impressive "first" for the field of robotics — which, outside of star developers like Boston Dynamics, has struggled to stay upright.

The Oregon State engineers behind Cassie say that the robot is the first to successfully learn how to maintain a running gait — rather than careful, boring steps — on an outdoor course.

Aside from its AI prowess, the robot also completed its hour-long run without being tethered or needing a battery charge, which is also an impressive side for the future of humanoid machines.

Even so, Cassie reportedly took a few tumbles that added about 6.5 minutes of "resets" to its time, according to the release. The robot's computer also overheated at one point, causing it to collapse, which is probably relatable to anybody who's done a Couch to 5K.

Another time, human operators pushed Cassie too hard and told it to take a turn too fast — at the very least reassuring us that whenever the robot revolution comes, we'll probably be able to outrun our technological successors, at least at first.

More on Cassie: Cassie Is a Bipedal Bot That Walks Like a Human, and She Could Take Your Job