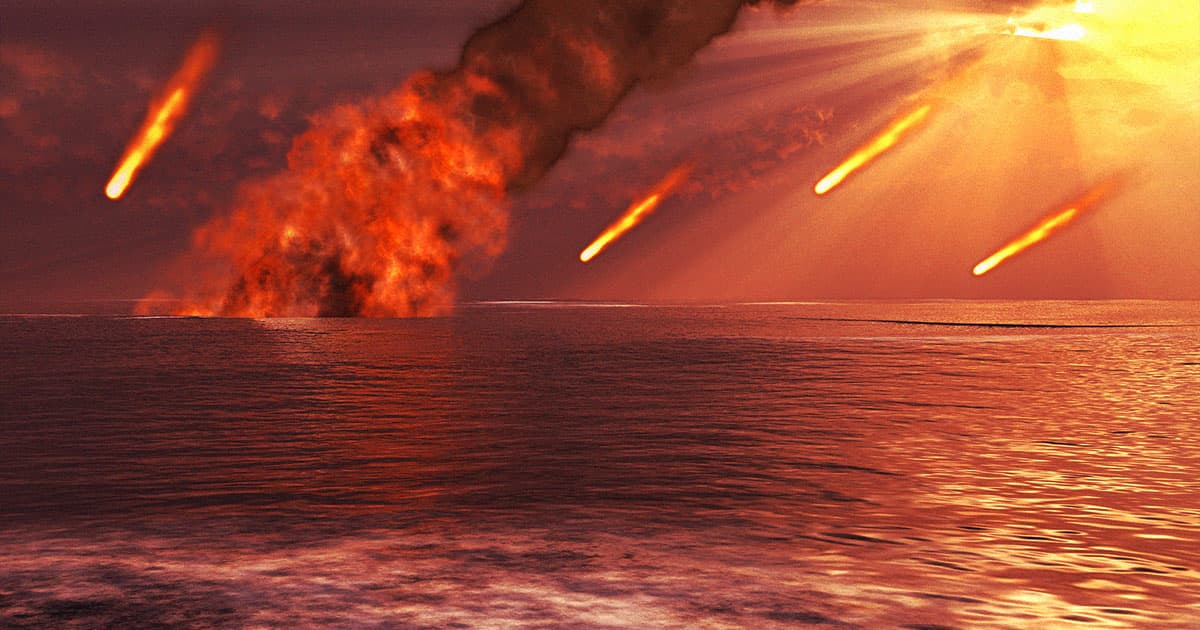 "Meteorites like Winchcombe are a pretty good match [to] the water in the Earth's oceans and suggests asteroids were the main source of water."

"Meteorites like Winchcombe are a pretty good match [to] the water in the Earth's oceans and suggests asteroids were the main source of water."

Where Earth's water comes from remains a contentious topic amongst scientists, but a meteorite that landed in England last year may contain a key chunk of evidence.

Dubbed the Winchcombe meteorite, the space rock was examined by researchers from the National History Museum in London, who found that it contained water similar to Earth's water. Their accompanying study, published in the journal Science Advances, lends considerable credence to a prevailing theory that Earth got its massive reserve of water from asteroids.

"Meteorites like Winchcombe are a pretty good match [to] the water in the Earth's oceans and suggests asteroids were the main source of water," Ashley King, lead author of the study and a research fellow at the museum, told The Guardian.

The meteorite was measured to have a composition of approximately two percent carbon and 11 percent water by weight.

With the additional discovery of extraterrestrial amino acids trapped inside, it's practically a starter kit for the building blocks of life, which similarly bolsters the theory that organic materials — as well as water — were delivered by meteorites, too.

Most meteorites break apart before falling to Earth, and are often never found. The ones that are recovered are usually compromised by the Earth and its atmosphere, meaning scientists can't be sure what they find inside is from space or from our world.

"Most CM chondrites (a type of meteorite) have 'Earth-like' water but these rocks alter and degrade within days (or) weeks of being on Earth, and so they could just be Earth-like because they have absorbed rain water or something," Luke Daly, a planetary scientist at the University of Glasgow and coauthor of the paper, told CNN.

However, thanks to how quickly the Winchcombe meteorite was retrieved — facilitated with the help of public reports and footage from the UK Fireball Alliance — that wasn't a problem.

"The rapid retrieval and curation of Winchcombe make it one of the most pristine meteorites available for analysis, offering scientists a tantalizing glimpse back through time to the original composition of the solar system 4.6-billion-years-ago," King said in a press release.

And believe it or not, Daly thinks they're just getting started with uncovering the secrets embedded within the meteorite.

"There are certainly many more stories and secrets held in this special stone," he said to CNN.

All in all, the findings are not definitive proof that Earth got its water off-world, but it definitely shows that the theory, much like the meteorite, holds water.

Soggy Past
NASA Spacecraft Finds Evidence of Ancient Rivers on Asteroid
10. 8. 20
Read More
Brands We Love
This Specially Formulated Mix Helps Prevent Dehydration Better Than Water Alone
8. 28. 20
Read More
Brands We Love
If You're Thirsty, You're Already Dehydrated. But This Rapid Hydration Mix Can Help.
7. 25. 20
Read More
+Social+Newsletter
TopicsAbout UsContact Us
Copyright ©, Camden Media Inc All Rights Reserved. See our User Agreement, Privacy Policy and Data Use Policy. The material on this site may not be reproduced, distributed, transmitted, cached or otherwise used, except with prior written permission of Futurism. Articles may contain affiliate links which enable us to share in the revenue of any purchases made.
Fonts by Typekit and Monotype.