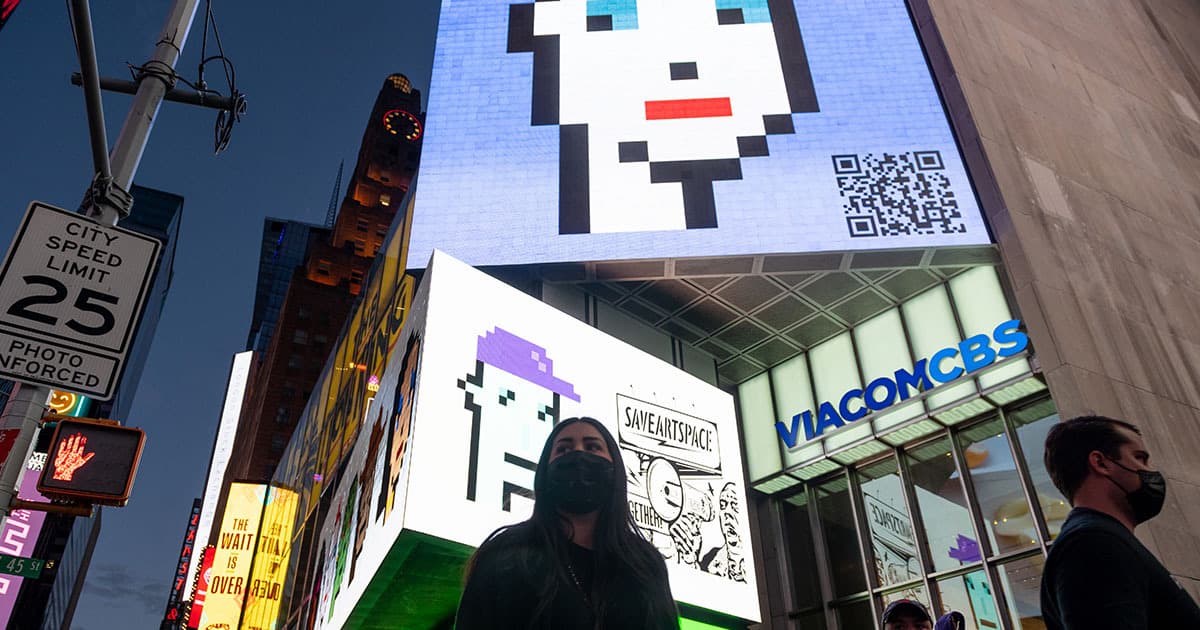 If you’re completely confused why someone would pay tens of millions for a glorified JPG, you’re not alone. NFTs have seen a meteoric rise since bursting onto the scene early last year, and the trend has left many wondering why the hell buyers are shelling out so much for digital images.

Well, it turns out that a bunch of sales are actually sneaky traders buying their own NFTs in an attempt to artificially inflate their prices, in a tactic called "wash trading." In fact, evidence is starting to build that shows that many of the most expensive NFT "purchases" are the result of the deceptive process.

"There is a lot of activity happening between a couple of wallets — let's say wallet one selling to wallet two, and then wallet two reselling it," Modesta Masoit, finance and research director of blockchain market data tracker DappRadar, told Reuters. "It's quite likely that this is not real demand, that these trades are not organic."

Shockingly — or perhaps unshockingly, if you’ve been following the chaos of the NFT scene for a while — there are currently no rules against this type of behavior. Unlike in the real world, where duplicitous financial transactions like this are illegal, regulators have yet to catch up with NFTs and other blockchain related assets.

Even as evidence piles up that many NFT sales are shams, there’s still not a lot of hard data, and by nature it's hard to collect, especially if sellers are making a serious effort to cover their tracks. In fact, there’s some evidence that a lot of washed NFTs are hilariously likelier to lose money than gain.

That’s just the name of the game with crypto trends though. While a decentralized and anonymous financial system might seem attractive, it’s also bound to attract a ton of bad actors who are willing to do anything to make a quick buck.

La La La
SBF's Dad Kept Sticking His Fingers in Ears During Court Hearing
12. 15. 22
Read More
Sword Art Online
Guy Who Invented the Word "Metaverse" Building His Own Metaverse
9. 19. 22
Read More
Rube Goldbergian
The Dune NFT Project Is Back With an Inscrutable New Scheme
3. 9. 22
Read More
+Social+Newsletter
TopicsAbout UsContact Us
Copyright ©, Camden Media Inc All Rights Reserved. See our User Agreement, Privacy Policy and Data Use Policy. The material on this site may not be reproduced, distributed, transmitted, cached or otherwise used, except with prior written permission of Futurism. Articles may contain affiliate links which enable us to share in the revenue of any purchases made.
Fonts by Typekit and Monotype.