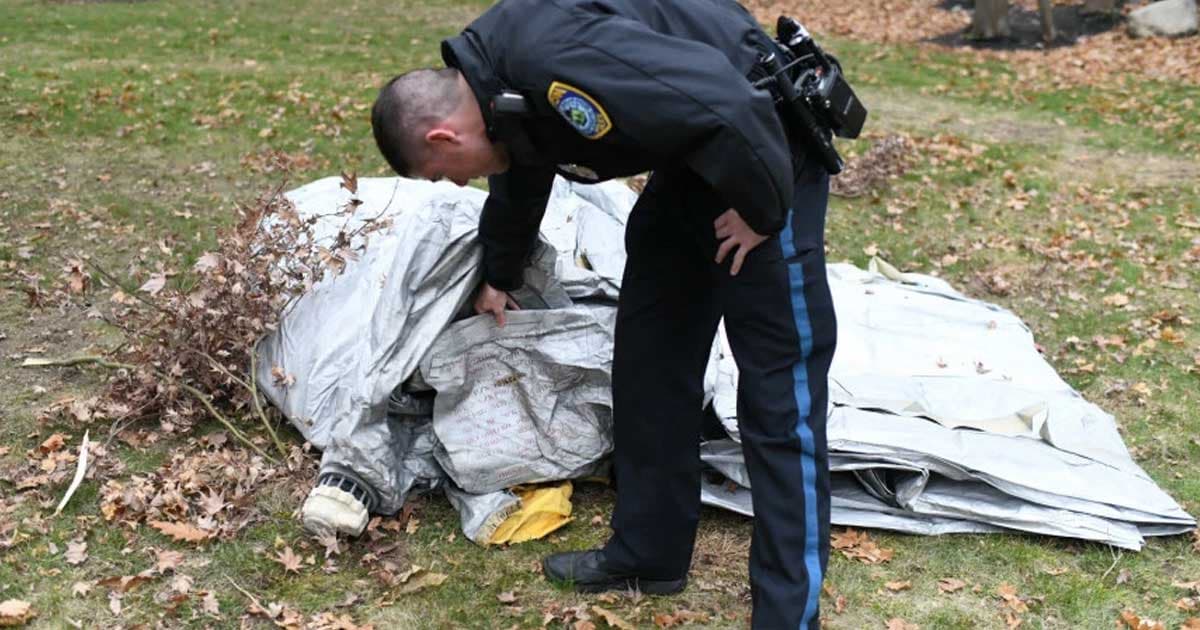 It landed feet away from a Boston homeowner.

It landed feet away from a Boston homeowner.

On Sunday, an uninflated evacuation slide fell from a Boeing 767 airplane while it flew over a Boston suburb.

Thankfully, the slide hit the ground several feet away from two people — and not on top of them — but the incident is yet another black mark against Boeing during a time when the aerospace megacorporation is desperate to restore its tarnished reputation.

A Delta Airlines spokesperson told The Boston Herald that the slide fell from a plane flying into Boston’s Logan International Airport from Paris, France.

It ended up in the backyard of a home in Milton, Massachusetts, taking out several branches of a tree before landing just feet away from where the home’s owner, Wenhan Huang, and his neighbor, Stephanie Leguia, were standing at the time.

“If it had hit us, we would have been dead — it’s that heavy,” Leguia told The Boston Herald. “And if we didn’t die — I hate to think of the alternative.”

Ironically, the incident occurred just two days prior to an event at Boeing’s Seattle facilities intended to rebuild trust in the company’s 737 Max planes, which have been grounded since mid-March following a pair of deadly crashes.

While the Delta flight landed safely in Boston, both the airline and the Federal Aviation Administration are now trying to figure out why the plane jettisoned the key piece of safety equipment — and no doubt that investigation will include plenty of questions for its manufacturer.