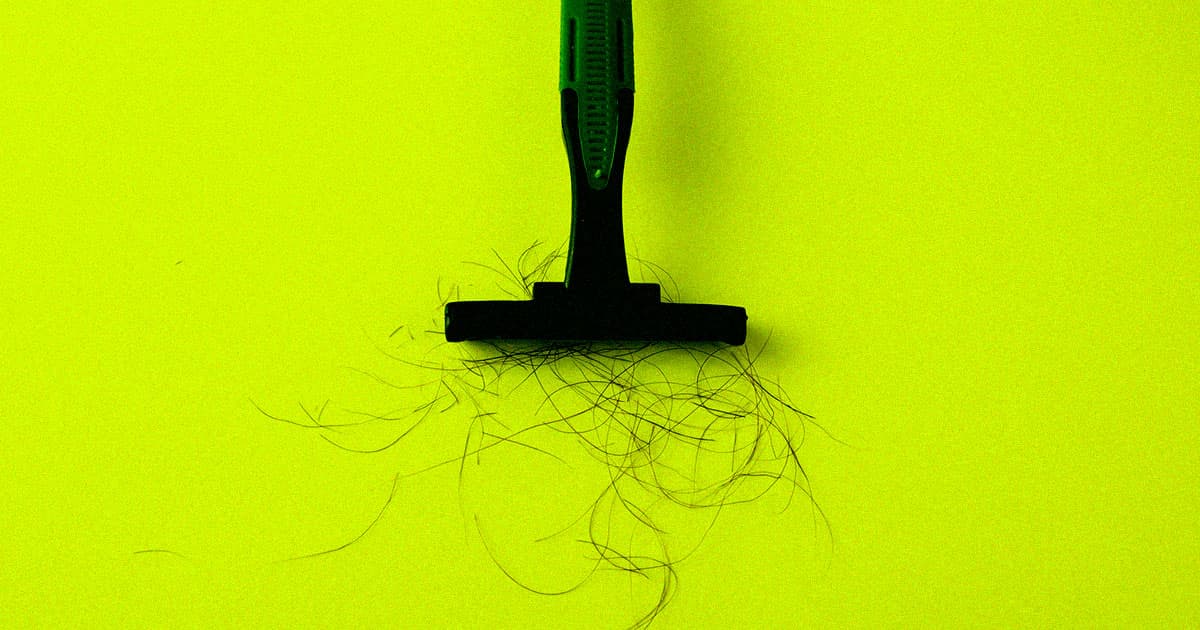 "Thank you for giving your pubes a purpose."

"Thank you for giving your pubes a purpose."

So many people wanted to donate their public hair to save the planet that the company gathering the cursed stuff literally ran out of collection pouches.

On the "Pubes for the Planet" campaign website — which seeks to repurpose pubic hair and not have it end up in landfills and waste streams — organizers said that they are "all out of pube collection pouches. That's right, folks: however many pouches (which also featured a tube of shaving cream to assist the pube-removal efforts) the people behind this campaign had, demand to send pubes in the mail clearly outpaced supply.

"Thank you for giving your pubes a purpose," said the campaign, put on by the skincare company eos — the ones who make those cute little half-cylindrical lip balms — and the renewables nonprofit Matter of Trust.

If you have questions, you've far from alone.

"Our planet has lost half of our topsoil in the last 150 years," the site notes. "We’re losing valuable fertile land, resulting in increased food insecurity, pollution in streams and rivers, water usage, climate-warming carbon dioxide, and flooding."

Moreover, when pubes are washed down the drains, it can be harmful as well, the site adds.

"Excess nutrients from the hair sitting in waste streams, dumps, and landfills can flow into nearby bodies of water, causing eutrophication, which is a type of pollution that harms marine life," the site notes.

"You could say it’s a bit of a HAIRY situation hahaha," the explainer continues, adding the pun is there "to process the sheer terror."

In the Q&A section replete with illustrations of those same smiley-faced pube piles, the campaign said that the company and nonprofit are going to build a park specifically to use the biodegradable, uh, waste.

"We’ll plant them in the Pube Park, a new garden where we’ll nourish the soil and help the land grow healthy happy plants," the campaign noted.

While it may not be the first time people have publicly repurposed pubes — that distinction appears to belong to British "mum" and aspiring fashion designer Sarah Louise Bryan, who made a floor-length skirt and bikini top from donated pubic hair in 2016 — doing so for the environment is, at very least, a cool use of the type of waste we'd rather not think about at all.

China Isn't Taking Our Recycling. Here's What We Could Do With It Instead.
5. 30. 18
Read More
Europe Is Illegally Shipping Its Used Electronics to Nigeria
4. 23. 18
Read More
Old Electronics Could Be More Profitable Than Literal Gold Mines
4. 6. 18
Read More
+Social+Newsletter
TopicsAbout UsContact Us
Copyright ©, Camden Media Inc All Rights Reserved. See our User Agreement, Privacy Policy and Data Use Policy. The material on this site may not be reproduced, distributed, transmitted, cached or otherwise used, except with prior written permission of Futurism. Fonts by Typekit and Monotype.