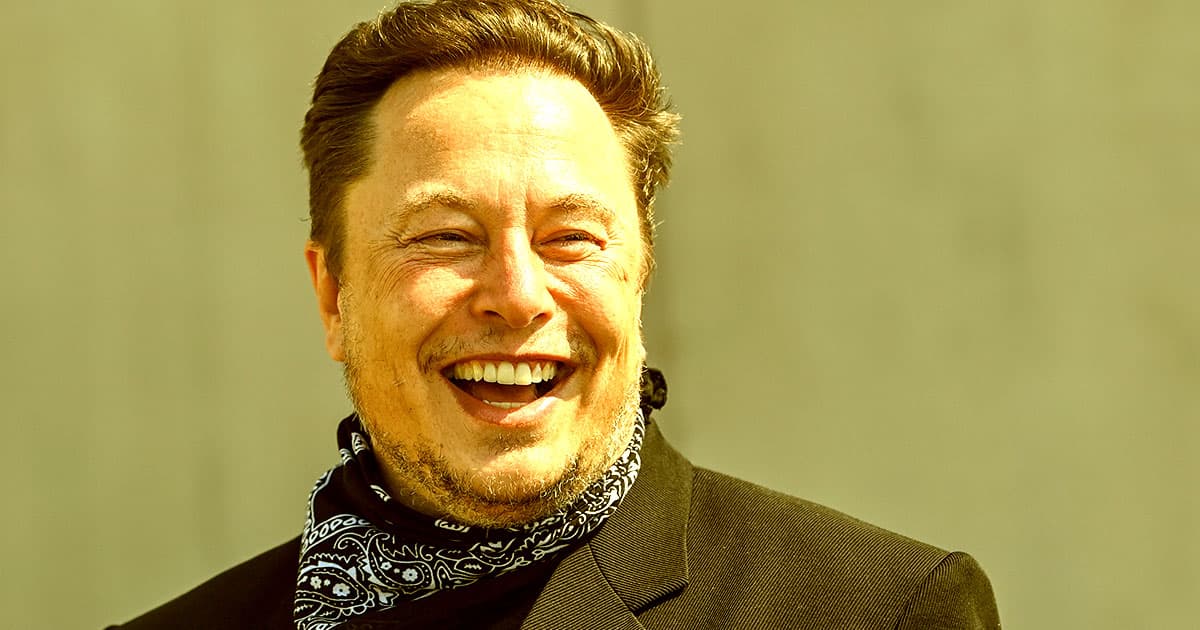 It's the largest two-day decline since tracking began.

It's the largest two-day decline since tracking began.

Even a drop of $50 billion in net worth isn't throwing Elon Musk from the richest-person-in-the-world throne.

According to the Bloomberg Billionaires Index, the Tesla CEO's net worth slid some $50 billion since the beginning of the week after Tesla shares plummeted an astonishing 16 percent over the same period, Insider reports.

It's a spectacular drop for any billionaire's net worth. In fact, according to Bloomberg, it's the largest two-day decline anybody has experienced since tracking began.

But the news also underlines just how much of a head start Musk had over the billionaire competition before the slouch. Despite his fall, Musk's lead over the world's second richest person, Amazon founder Jeff Bezos, still stands at an astonishing $83 billion, Bloomberg reports.

Tesla has made huge gains this year. Most recently, the announcement of a massive deal with rental car company Hertz pushed both Tesla's share value and Musk's net worth to record highs.

But then, Musk put 10 percent of his Tesla stock — a leading source of his largely untaxable wealth — on the market after putting the decision up for a vote on his Twitter account.

Whether he'll actually sell what amounted to $21 billion in Tesla stock at the time remains to be seen, however.

And look, $50 billion may sound like a lot of dough, but it's largely a symbolic reaction to Musk's shenanigans. The change is also unlikely to be permanent — Tesla is a trillion dollar company with, presumably, a bright future.

It would take a lot more than an ill-advised Twitter poll to make a significant dent in the long term.

More on Tesla: Tesla Stock Prices Drops After Musk Asks Twitter Whether He Should Sell Stock