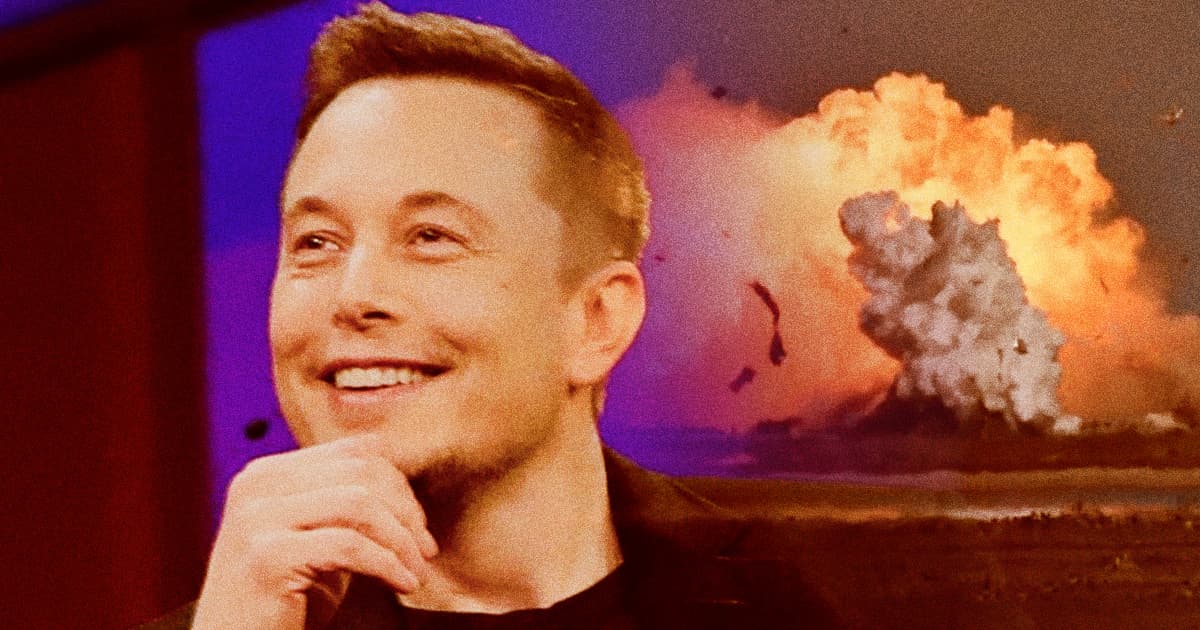 Elon Musk: Next Starship Test Has 60% Chance of Not Exploding

So you're telling us there's a chance?

So you're telling us there's a chance?

Last time SpaceX tested a prototype of its experimental Starship spacecraft, it blew up in an epic fireball. And the time before that, the prior version met the same fate.

Now, with another Starship test slated for as early as this week, SpaceX CEO Elon Musk says there's a 60 percent chance the spacecraft will land successfully — leaving, by our calculation, a 40 percent chance of failure.

Musk tweeted his probability estimate over the weekend, in response to a poll asserting that the launch would be this coming week — a tacit acknowledgement that the company is at least nominally targeting this week for another launch.

Of course, that'll only be possible if SpaceX manages to smooth over the problems it's been having with the Federal Aviation Administration, which halted the company's last doomed Starship launch after deeming it insufficiently safe.

If SpaceX does manage to land Starship — a distinct possibility, because the company unquestionably has a track record building impressive spacecraft — it'll be a large step toward Musk's long term vision for off-planet colonization.

That's because Starship has a striking variety of uses compared to the standard rocket. The plan is for it to shuttle cargo and crew to the Earth's orbit, from point to point on the surface, and even to destinations as far away as the Moon and Mars.

And it sounds as though as soon as this week, we'll get to see whether the company has made any progress toward that goal.