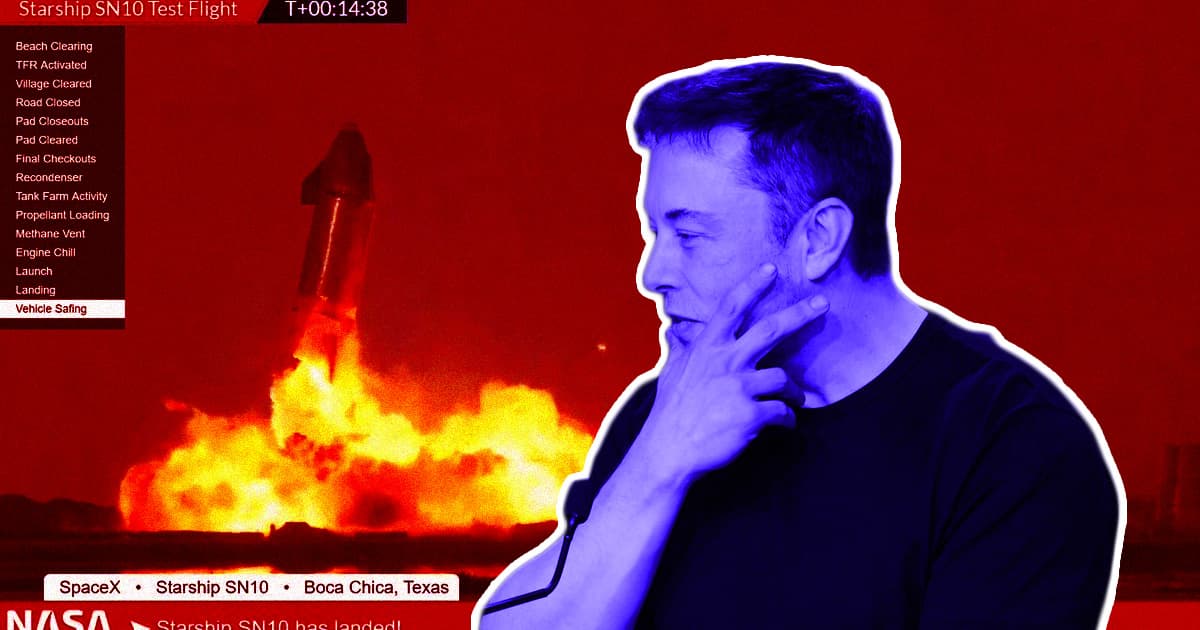 And you'll never guess who his co-star will be.

And you'll never guess who his co-star will be.

SpaceX and Tesla CEO Elon Musk is picking up yet another gig, at least for one night.

According to reporting by Variety and a tweet by NBC, Musk is scheduled to host the famous late-night sketch comedy show "Saturday Night Live" on May 8 — a high-stakes entertainment opportunity for a man who considers himself quite funny, but above all else probably a chance to market his various wares in front of a large audience.

Performing as a musical guest alongside Musk will be country and pop star Miley Cyrus.

Though it's common for musicians to perform on SNL, Variety points out, it's rare for business moguls to appear on the show — though, it reports, the show has at various points welcomed Yankees owner George Steinbrenner and former NBC programming head Brandon Tartikoff as guest hosts.

Musk himself has yet to comment on the news.

In many ways, that's a very different gig. One thing, however, will probably remain the same — someone else will be probably be writing Musk's jokes.