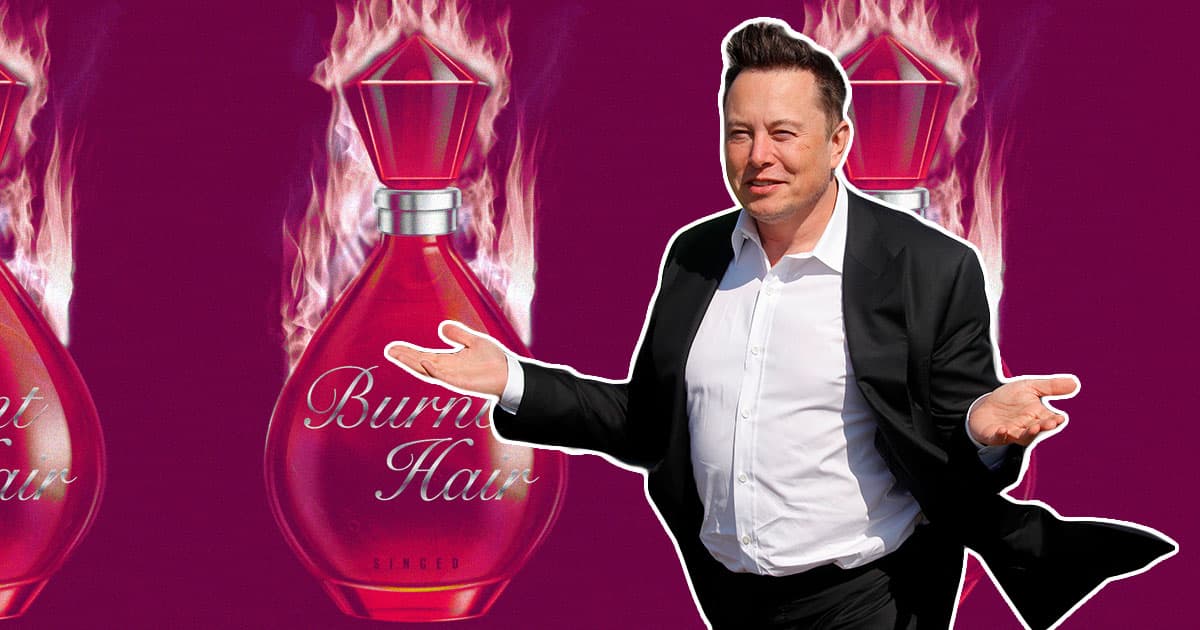 He had the last laugh.

He had the last laugh.

As Musk announced late last night, The Boring Company, his tunnel digging venture, had completely sold out of the "exquisite" perfume that is, per its creator, a "unique, limited edition, collector's item."

Like many other products Musk has launched in the past, "Burnt Hair" is a mix of memes and fanboyism. At the end of September, the world's richest man tweeted what appeared to be a joke about a "scent for men" that smelled of burning hair.

Between then and now, the joke became real enough for the Tesla and SpaceX CEO to sell an astonishing 30,000 bottles.

But Musk's fans will have to wait until they are able to make themselves smell like a dumpster fire. According to The Boring Company's website, the repugnant scent won't be released until the beginning of 2023.

"Please buy my perfume, so I can buy Twitter," he tweeted last week.

Given that this isn't the first time Musk has sold "joke" items — first with the "Not-A-Flamethrower" sold through The Boring Company and later with his Tesla-branded short-shorts — we have no trouble believing that the perfume will actually materialize, for better or worse.