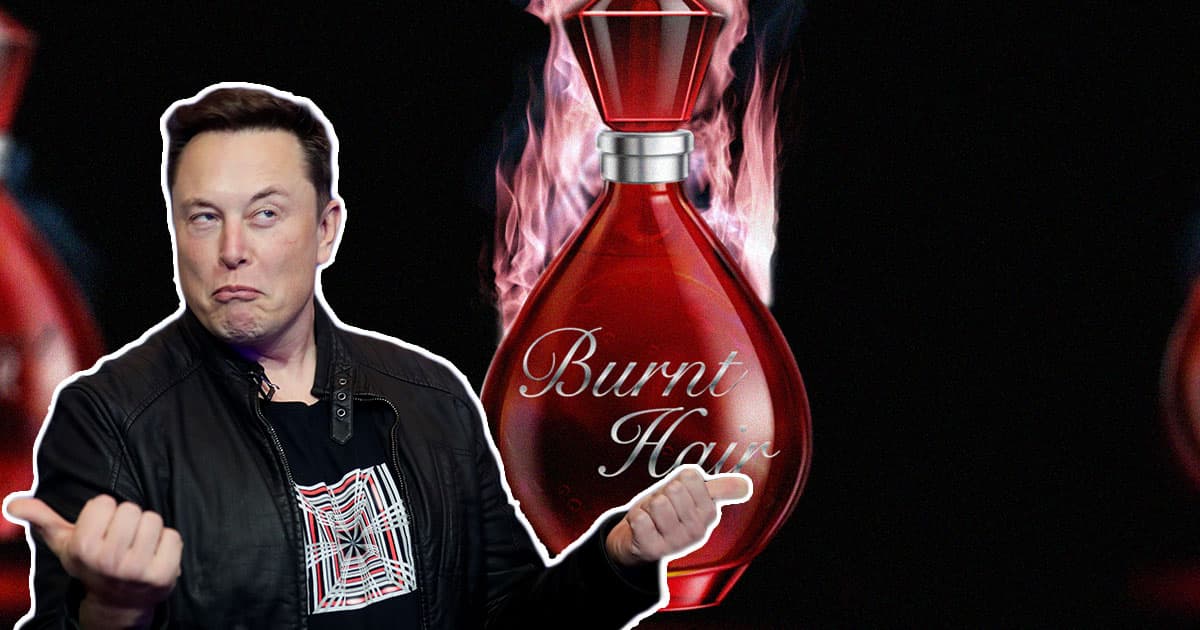 "With a name like mine, getting into the fragrance business was inevitable."

"With a name like mine, getting into the fragrance business was inevitable."

Elon Musk is now a bona fide perfumier — and an allegedly successful one to boot — thanks to the sale of his bespoke "Burnt Hair" scent.

As goofy as the whole gambit is, the world's richest man was right when he noted that his name does lend itself to perfuming.

"With a name like mine, getting into the fragrance business was inevitable," Musk tweeted. "Why did I even fight it for so long!?"

Musk also didn't shy away from revealing his true intentions behind the sale.

"Please buy my perfume, so I can buy Twitter," the SpaceX and Tesla CEO tweeted after claiming he'd sold 10,000 bottles of the seemingly satirical scent.

Later, Musk tweeted that he'd sold 20,000 bottles of the still-unreleased scent, sold via The Boring Company, which would mean that he's made $2 million in revenue to fund his disastrous attempt to buy Twitter.

What seemed to start as a joke tweet has turned into an apparent viral sensation amid the billionaire's will-he-won't-he Twitter-buying bid, which is the subject of a Delaware trial set to begin at the end of October.

Even the "Burnt Hair" splash page on The Boring Company's website — the same firm that sold flamethrowers back in 2018 — has the tone of an on-the-nose Musk meme, with anonymous and likely fake "testimonials" boasting that the perfume smells "just like leaning over a candle at the dinner table, but without all the hard work."

Now that the "Essence of Repugnant Desire"-scented perfume is, per its creator, a success story, we have an answer to another of our not-so-burning Musk questions.

How far will this man go for a joke? Far enough to sell a stupid perfume, at least.

More Musk: Jeffrey Epstein Associate Reportedly Asked Elon Musk If It Was Possible to Scrub Someone From the Internet