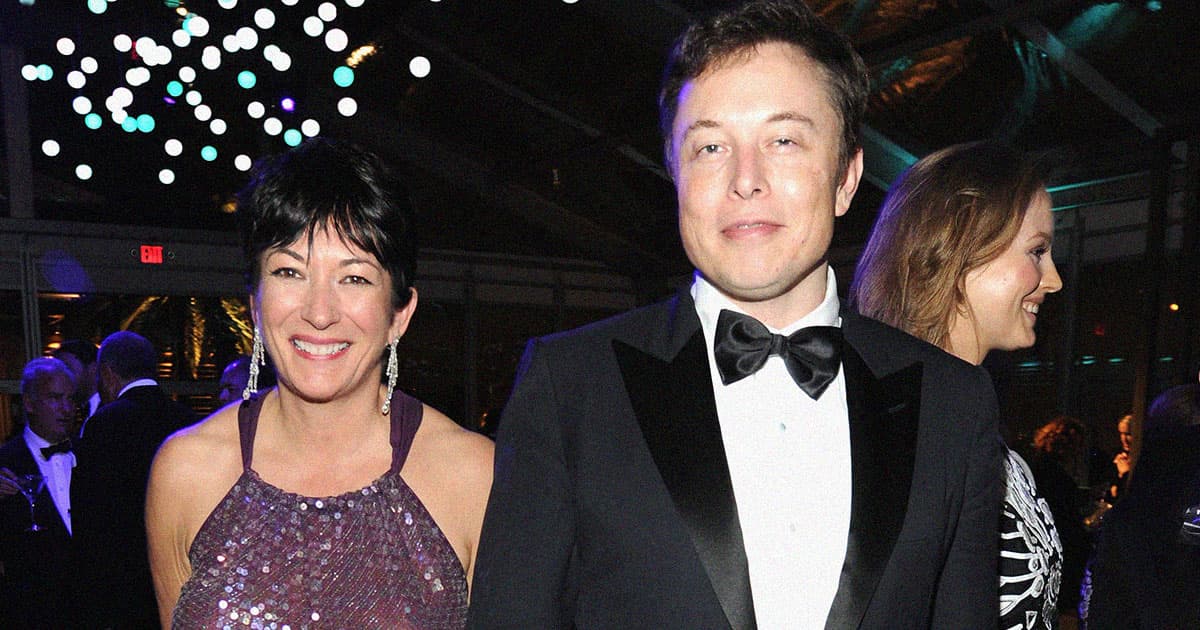 Maybe This Is a Simulation

This isn't the version of the story that Musk recalled.

This isn't the version of the story that Musk recalled.

Remember the time that Elon Musk tweeted that his 2014 photo with Jeffrey Epstein enabler Ghislaine Maxwell was the result of her having "photobombed" him at a Vanity Fair party? Turns out Musk might have left out a few details.

To recap, the years-old photo had resurfaced back in 2020, during the windfall of high-profile arrests, allegations, and disturbing revelations — including about Maxwell, who was sentenced to prison for sex trafficking in June — that followed Epstein's July 2019 arrest. At the time, actual law enforcement officers and netizen sleuths alike were busy trying to connect the many diabolic dots of Epstein's network of abuse, so when that 2014 picture cropped up, the SpaceX founder immediately attempted to distance himself.

"Don't know Ghislaine at all," the billionaire wrote back in July 2020. "She photobombed me once at a Vanity Fair party several years ago. Real question is why [Vanity Fair] invited her in the first place."

But according to new reporting from The New York Times, those claims are now in doubt. Per a staffer who was at the soirée and took notes on the conversation, the two had a whole chat about aliens, humans living in a simulation, and — oh yeah — scrubbing oneself from the internet.

To be fair, it was Maxwell who allegedly ask Musk if it was possible to completely erase someone from the online world — which, if you're a soon-to-be convicted sex trafficker who helped funnel underage girls into a network of systemic sexual abuse, might definitely be something you'd want to do. Musk reportedly responded with skepticism, and the conversation divulged into the more Musk-ian topics of aliens and simulations from there.

And also, to be clear, we're not promoting any Musk x Epstein x Maxwell conspiracies. Epstein and Maxwell rubbed shoulders with swathes of the world's wealthiest, both famous and not — it was probably inevitable that they mingled, and apart from the Vanity Fair photo, unconfirmed claims of a SpaceX tour, and an alleged link between Musk's younger brother Kimbal Musk and Epstein, there's nothing substantial to support a deeper link between the two.

By several accounts, though, Musk had an acquaintanceship with both figures that was a bit more involved than the Tesla CEO would seemingly care to recall. His former narrative of that photo was certainly convenient — but it sounds like it may have been a bit of a selective truth.

More on recent Elon behavior: Elon Musk Says He Has Not Been Talking to Putin, Thank You Very Much