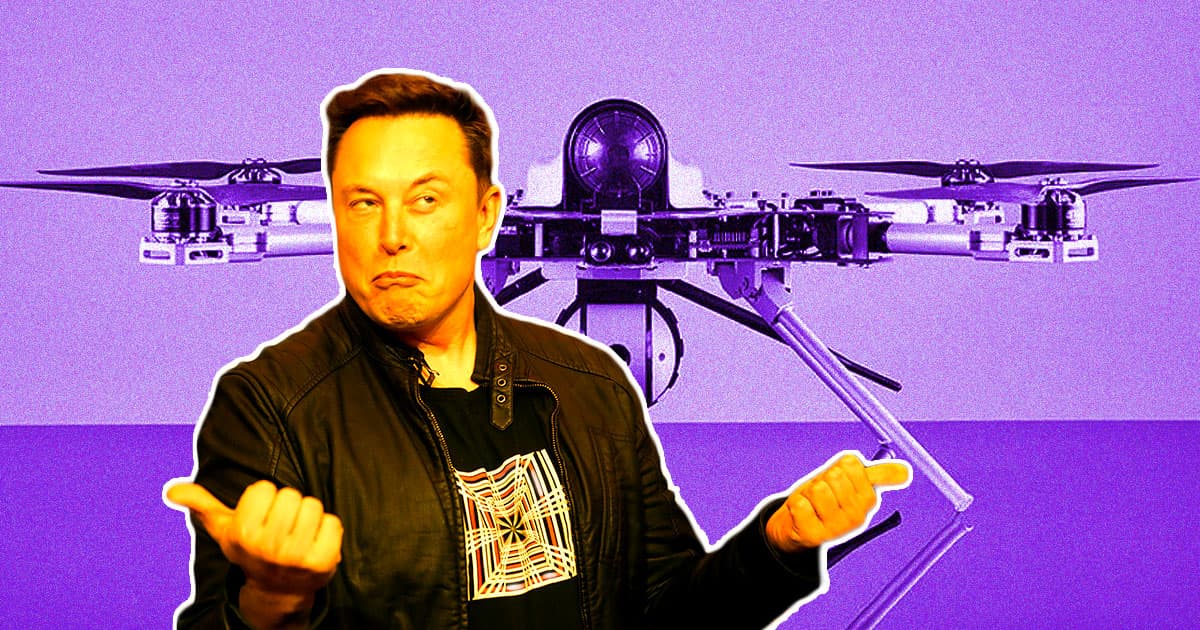 God help us all.

God help us all.

Elon Musk is asking his followers if he should get into the weaponized drone game — and we can't tell if we should be terrified or not.

After posting about the killer "kamikaze" drones used by both sides of the Russian invasion of Ukraine — which he dubbed "Drone War I" — the world's richest man made a terrifying suggestion.

"Should I make weapons?" he tweeted. "Ideally, not."

As always, it's hard what to make of Musk's Twitter musings. Is he threatening to get into the weaponized drone business — he certainly has the funds — or is he just making an ill-advised joke?

As the Associated Press article Musk linked to explains, both Ukraine and Russia are employing these "kamikaze" or "suicide" drones to gain an upper hand on the battlefield.

Russia has used Iranian Shahed series drones extensively in its offensive on the Ukrainian capital of Kyiv. Other reports [link] note that Russia has also manufactured its own.

Meanwhile, Ukraine has been the recipient of American suicide drones and partially crowdfunded the purchase of additional drones as well.

In short, the conflict in Ukraine has become the poster child of what the future of warfare looks like.

While Musk hopefully is not going to try his hand at manufacturing weapons, he did respond affirmatively to another, now-suspended user who posted a poorly-made meme of the billionaire in front of a Boring Company sign holding one of the company's "not-flamethrowers," suggesting he intends to be a peacekeeper in the conflict.

Here's hoping the soon-to-be owner of Twitter doesn't get any funny ideas from his warmongering fanboys anytime soon.

More on Musk: SpaceX Reportedly Kept Quiet After an Employee Was Horrifically Injured This Year