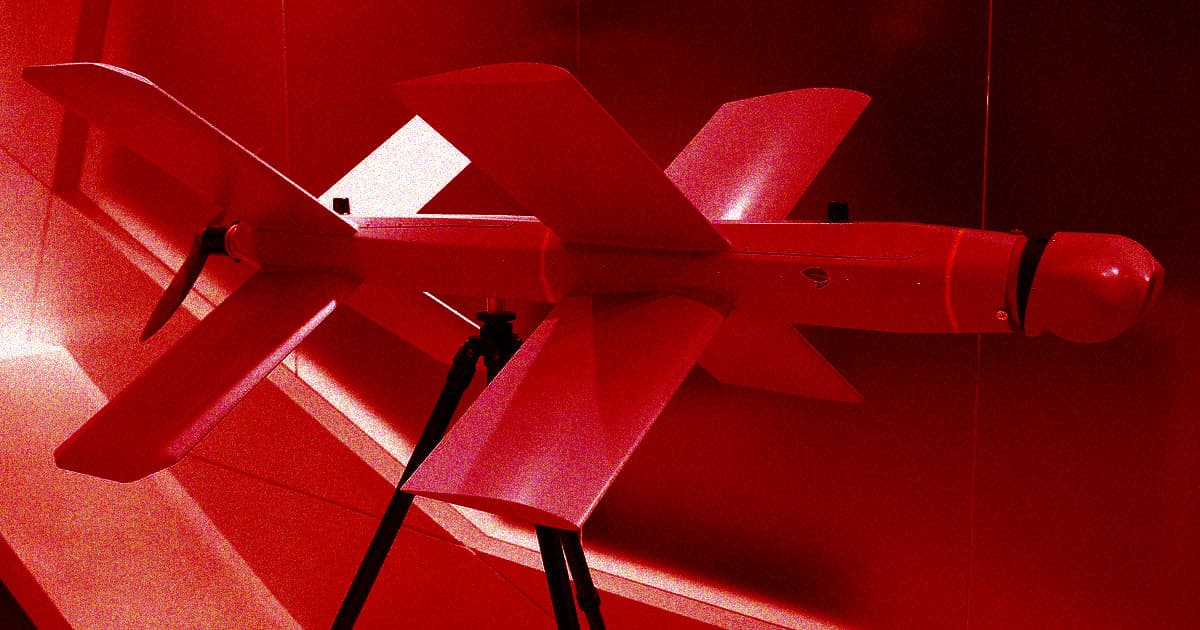 The future of warfare is here — and it's terrifying.

The future of warfare is here — and it's terrifying.

Ukraine is asking its Western allies for more weapons after accusing Russia of using both homemade and Iranian-manufactured "kamikaze drones."

As CNN reports, Ukraine is accusing Russia of targeting its capital of Kyiv with small, self-destructing drones, as well as the cities of Vinnytsia, Odesa, Zaporizhzhia, among others.

According to the report, Iran tried to sell kamikaze drones to Russia earlier this year. In August, Russia's military purchased some of them and began training service members how to operate them.

The Ukrainian military also claims to have shot down similar drones made by Russian defense contractor and weapons manufacturer Kalishnikov.

Unlike traditional, weaponized drones that drop munitions and return to whoever is controlling them, these remote-controlled weapons are called "kamikaze" or "suicide" drones because they're disposable and meant to blow up upon detonation.

In late September, Department of Defense official Sasha Baker told reporters that "the idea that [these drones] represent some technological leap ahead, frankly we’re just not seeing borne out in the data."

Ukraine has also claimed that Iranian nationals in Russian-controlled parts of the country are training the invading soldiers how to use the weapons, the Associated Press reports. This could indicate that Russia is running out of its own kamikaze drones.

Russia isn't the only side of the conflict making use of the technology. Ukraine has its own homemade kamikaze drones as well, but has primarily been relying on its allies for remote weapons support, including the American-made Switchblade and "phoenix ghost" suicide drones, according to CNN.

There appears to be no shortage of drone warfare in Russia's ongoing invasion of Ukraine, confirming that we've truly entered a new era of warfare.