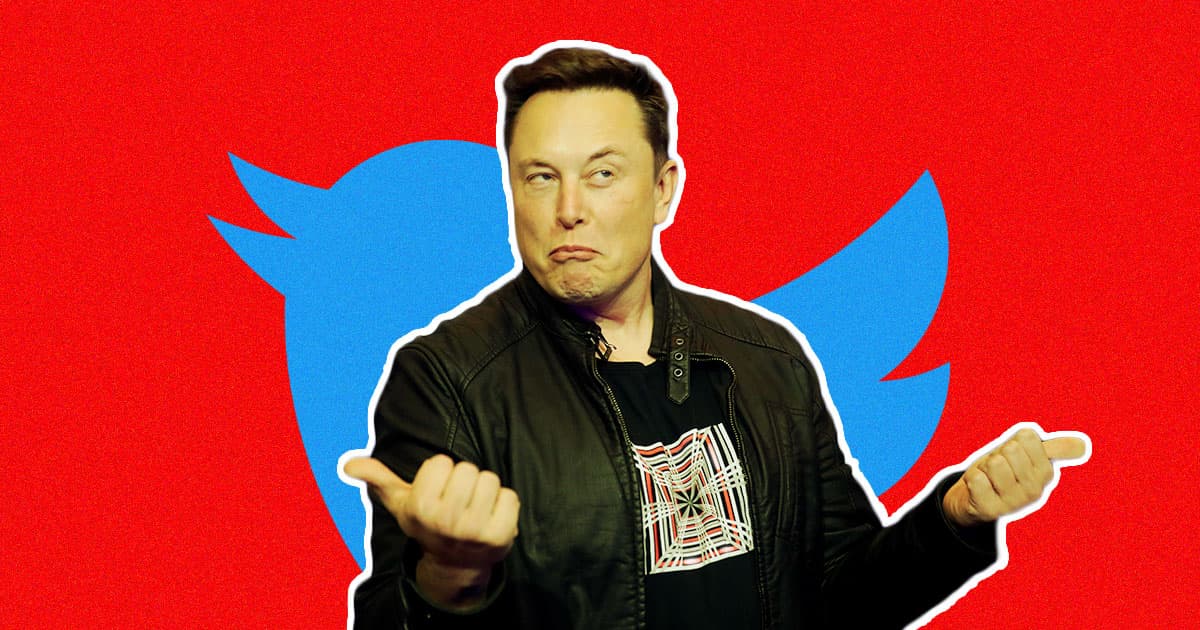 Elon Musk Posts Meme About How Actually, He Is Very Smart

Billionaire Elon Musk wants you to know that he totally, one hundred percent has that botched Twitter deal under control. Oh, and also, that Twitter is stupid!

To recap: after initially just purchasing a controlling stake in the social media company, Musk then moved to buy Twitter for a crisp $44 billion. But the billionaire seemingly got cold feet shortly thereafter, and has since hinged a pull-out campaign on claims that Twitter has refused to properly disclose exactly how many bots are on the platform, prompting a lawsuit from Twitter that's attempting to force him to buy the company after all.

But in Musk's version of reality, all is balmy. As a Sunday tweet suggests, the sock lover has Twitter and co right where he wants 'em.

According to the signed agreement, the hopeful Mars colonizer has two options — pay a one billion dollar exit fine, or take the social media staple to court.

As per the self-meming post, Musk has chosen the latter. And confidently so, considering a follow-up tweet that features martial arts star Chuck Norris playing chess, complete with the phrase "chuckmate."

But it doesn't look like Twitter thinks it's been chuckmated quite yet. Company chairman Bret Taylor tweeted last week that Twitter would "prevail" in court, and Fortune reports that the social site is due to file its suit this week.

This bungled arrangement has been utter chaos, and Twitter employees have likely gotten the shortest stick of them all along the way.

"Twitter is a s*** show internally; I can confirm that for you right now, without a doubt," one anonymous Twitter staffer told Wired, while another unnamed worker ironically added that "the entire company is running on autopilot."

There's no telling where this next stage of the saga will take us, but we hope that Musk has time to enjoy his other hobbies, like repopulating the Earth, amid what will likely be an expensive and drawn-out legal battle. And if we might, we'd like to offer one piece of advice: next time, maybe sleep on it.

More on the Elon Musk Twitter ordeal: Elon Musk Has a Ridiculous Excuse for Why He Suddenly Doesn't Want to Buy Twitter