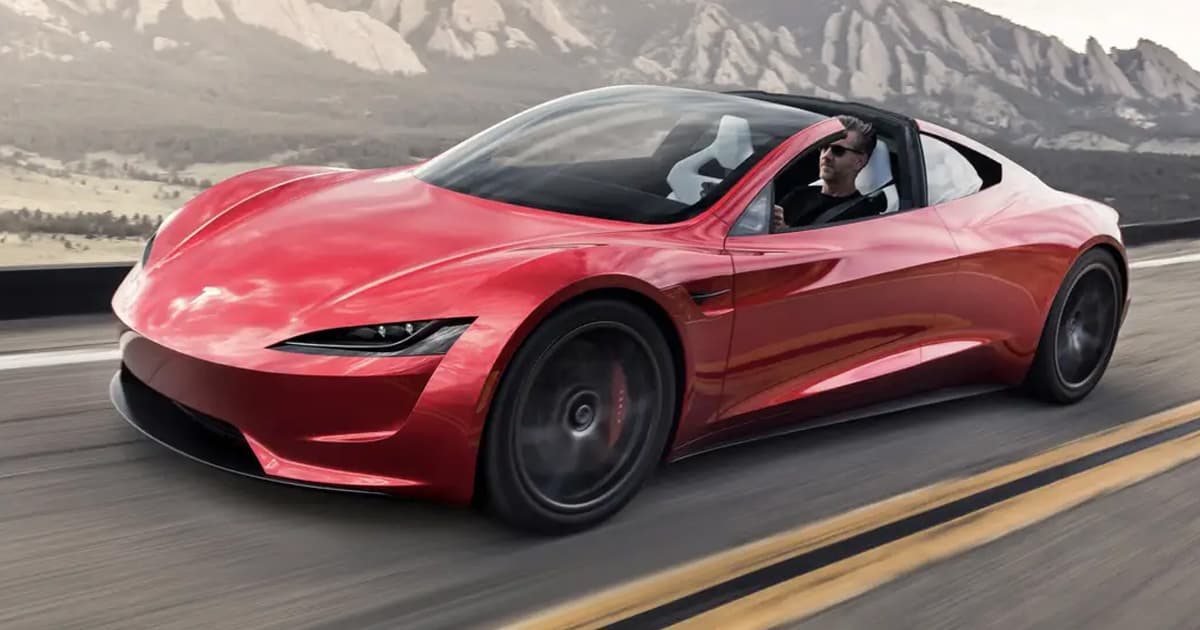 "It will be safe, but very intense."

"It will be safe, but very intense."

Tesla CEO Elon Musk said last night that the automaker’s long-awaited second-generation Roadster will be able to accelerate like no other production car before it, thanks to a specially designed “SpaceX package.”

Cold gas thrusters will allow the hypercar to accelerate from 0 to 60 mph in 1.1 seconds, Musk confirmed in a Thursday tweet — a truly astounding figure considering that contemporary sports cars have only recently cracked the two second mark.

“It will be safe, but very intense,” Musk wrote in the tweet. “Probably not wise for those with a medical condition — same as a hardcore roller coaster.”

Pedal to the Metal

Whether we’ll ever see the Roadster go into production, though, remains to be seen. The car was first announced almost four long years ago.

If it does, it’ll be a wild ride. According to our back-of-the-envelope calculations, such an acceleration would exert just shy of 2.5 Gs on the driver. In other words, it truly won’t be for the faint of heart.

The 0-to-60 time was spotted by visitors at the Petersen Auto Museum in Los Angeles. A caption underneath a Tesla Roadster exhibit claimed the astonishing acceleration time, adding that such a number is “a rate largely unprecedented among modern road cars.”

The news comes after Musk confirmed in a separate Thursday tweet that it will start delivering its latest iteration of its Model S sedan, a Plaid and Plaid+ version, starting on June 3. The new versions are also capable of ludicrous speeds and acceleration, sprinting from 0 to 60 mph in 1.9 seconds, making it the most quickly accelerating production car ever sold, according to InsideEVs.

But before Tesla can start selling sports cars with literal rocket thrusters strapped to the back, the company will likely face countless hurdles getting it past regulators and inspection.

The company is already in hot water with regulators as it is, following a series of collisions and ill-advised stunts involving Tesla’s Autopilot driver-assistance technology.

From Our Partners
Build A Robotic Toy Car With This DIY Self-Driving Vehicle Kit
9. 26. 21
Read More
From Our Partners
This NASA Apollo 15 Commemorative Watch Is Historic In Its Own Right
9. 10. 21
Read More
From Our Partners
Build Your Own Self-Driving Car With This DIY Kit
9. 3. 21
Read More
+Social+Newsletter
TopicsAbout UsContact Us
Copyright ©, Camden Media Inc All Rights Reserved. See our User Agreement, Privacy Policy and Data Use Policy. The material on this site may not be reproduced, distributed, transmitted, cached or otherwise used, except with prior written permission of Futurism. Fonts by Typekit and Monotype.