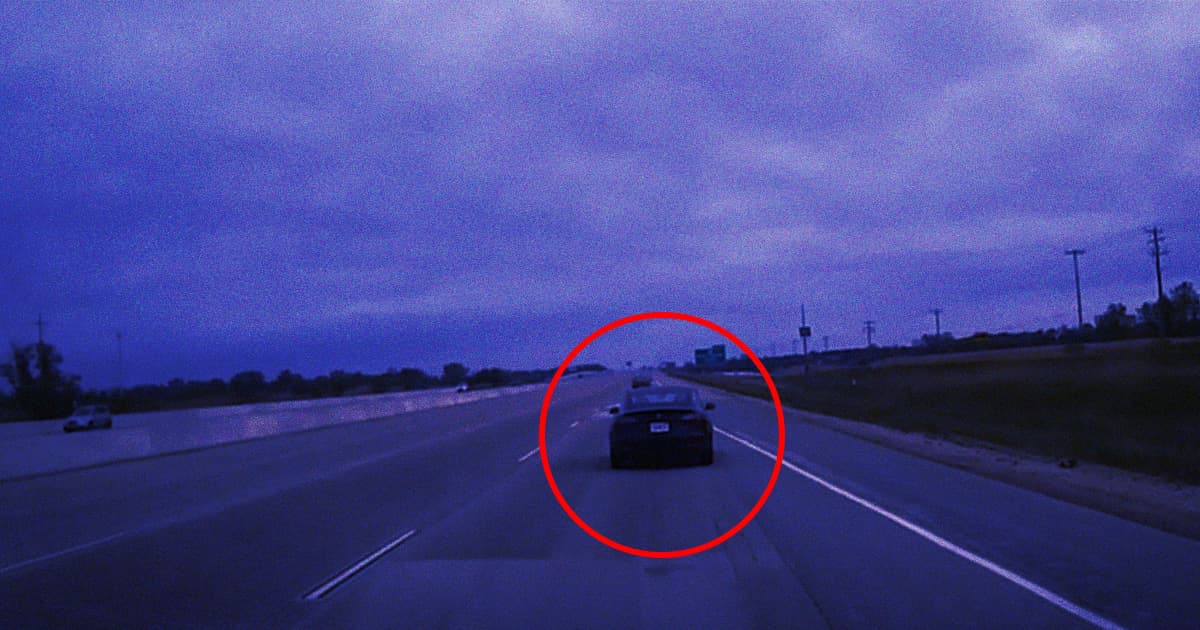 The driver got away with a citation for "inattentive driving."

The driver got away with a citation for "inattentive driving."

Asleep at the Wheel

A man in Wisconsin was busted for sleeping behind the wheel of his Tesla, which had Autopilot turned on, while gunning down a highway at over 80 mph, according to NBC News.

Before 8 a.m. on Sunday, a deputy found that a 2019 Tesla driver was clearly dozing off behind the wheel while traveling down Interstate 94.

He found that "the driver was not pulling over as he followed behind it for approximately 2 miles at 82 mph through Kenosha County," according to a statement.

The driver finally woke up and brought the vehicle to a full stop on the side of the highway, where he denied he was ever asleep but admitted to being tired, according to NBC. He got away with a citation for "inattentive driving."

It's yet another instance of Tesla owners vastly overestimating the self-driving feature's capabilities — behavior that's reckless on its own, reflects poorly on Tesla, and could be a sign of things to come as imperfect self-driving tech starts to go mainstream.

The news comes after Tesla's controversial Autopilot feature has been involved in multiple incidents, some fatal.

"This is a great reminder that vehicles may have [A]utopilot to assist, but it cannot be relied upon to get you safely from one destination to the next,” the sheriff’s office said in a statement posted on Facebook.

Regulators are starting to finally pay attention. California's Department of Motor Vehicles confirmed earlier this week that it's investigating Tesla's claims about its self-driving features.

Tesla, meanwhile, has been characteristically quiet. The company decided to dissolve its entire PR department last year — so its silence on this latest case isn't surprising.