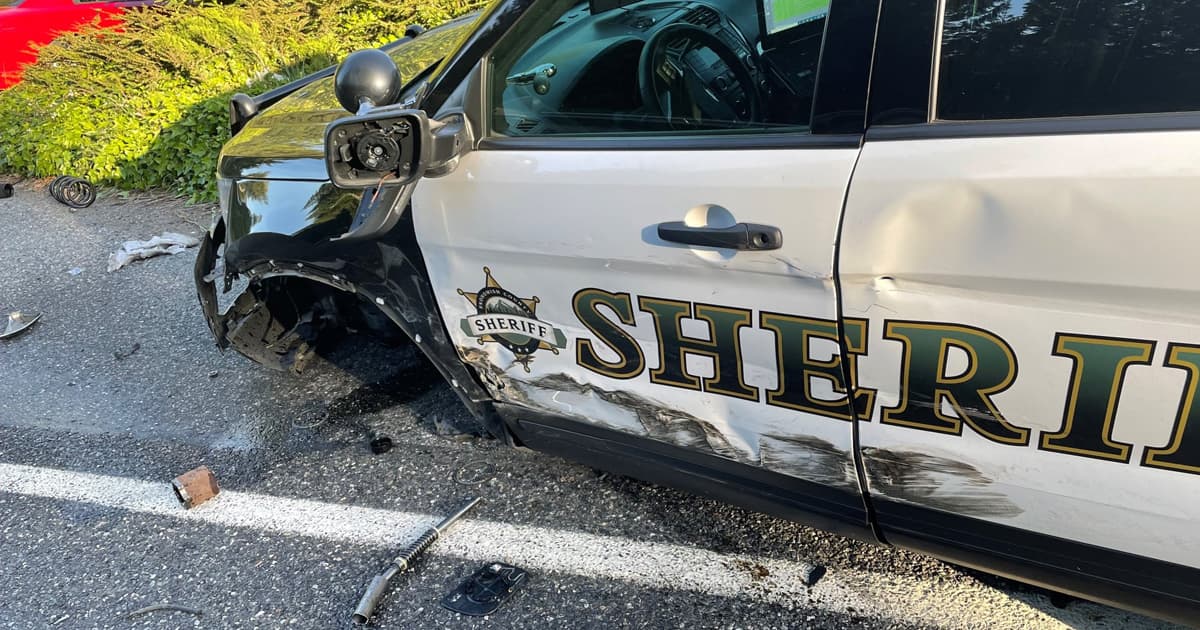 According to NBC's reporting, the Tesla had its "Autopilot" feature turned on, and the police car was parked on the shoulder of the road with its emergency lights turned on at the time of the collision. Luckily there were no injuries, but the deputy's vehicle sustained "significant damage."

It's yet another instance of a crash involving Tesla's contentious driver assistance feature — and how its capabilities can easily be misjudged by drivers.

"This is a great reminder that vehicles may have [A]utopilot to assist, but it cannot be relied upon to get you safely from one destination to the next," the sheriff's office said in a statement posted on Facebook.

The news couldn't have come at a worse time for Tesla. California's Department of Motor Vehicles announced today it is investigating the Elon Musk-led electric carmaker for violating state regulations by advertising its $10,000 "Full Self-Driving" feature, an option that expands on the brand's Autopilot driver assistance suite.

In spite of the name, which would imply that the cars are fully self-driving, in reality Tesla's vehicles are not able to drive autonomously and require "active driver supervision."

There have been an increasing number of incidents, some fatal, in which drivers misused their Teslas' Autopilot systems by failing to supervise them properly.

In fact, it's not even the first time Autopilot was involved in a crash that involved police vehicles. In August, a doctor from Raleigh, North Carolina was watching a movie on his phone while his Tesla was on Autopilot. His vehicle narrowly missed one stationary police vehicle, only to slam into two more.

Autopilot has also been used to preform reckless and potentially deadly stunts. Just last week, videos of a 25-year-old man surfaced sitting in the back seat of a moving Tesla. In interviews, the man defended his actions — a key example of some users' limited understanding of the maturity of Tesla's self-driving tech.

More on Autopilot: Man Posted Video of Driving With Hands Off Wheel Before Fatal Tesla Crash