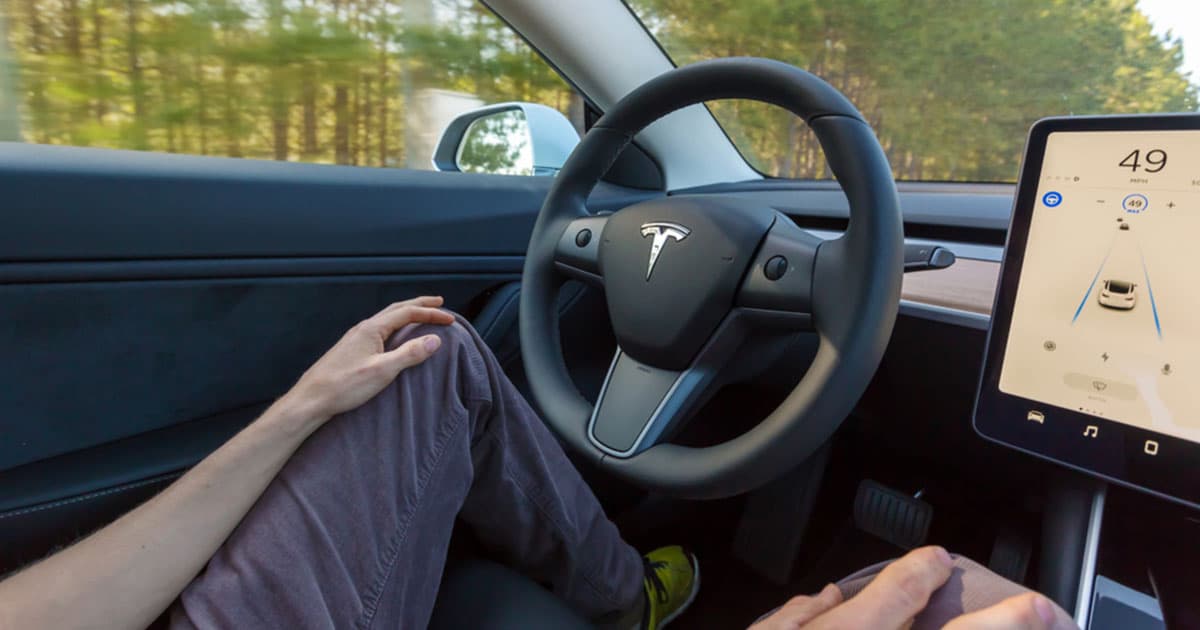 Investigators aren’t sure if he had autopilot mode on at the time of the crash.

Investigators aren’t sure if he had autopilot mode on at the time of the crash.

Turn Off the Tiktok

A Tesla driver posted several videos of him driving with his hands off the steering wheel to TikTok before he was killed in a car accident.

Steven Hendrickson, 35, died on May 5 when his Tesla Model 3 crashed into an overturned truck in Fontana, California, according to Reuters. Hendrickson was killed in the accident while the truck driver and a good Samaritan who stopped to help him were injured.

The victim had previously posted two videos of him driving with his hands off the wheel to his TikTok account. Both captions suggest that he had been using Tesla’s full self-driving feature while filming the videos.

"What would I do without my full self-driving Tesla after a long day at work," said a caption on one of his videos.

"Coming home from LA after work, thank god, self drive," read another. "Best car ever!"

Despite Hendrickson’s videos, investigators still aren’t sure whether or not he was actually using Tesla’s controversial full self-driving feature at the time of the crash.

Police officers initially stated that the Autopilot system was engaged before the accident. However, they have since retracted that initial claim, saying that there "has not been a final determination made as to what driving mode the Tesla was in," according to a statement obtained by Reuters.

If investigators do determine that Full Self-Driving was the cause of the crash, they’ll be adding to a growing list of accidents, tragedies, and terrible press related to Tesla’s autopilot feature.

In April, authorities determined that Tesla’s Autopilot system was behind a fiery crash in Houston, Texas. That led Senator Richard Blumenthal to issue a strong condemnation of Musk.

In May, Tesla’s own director of Autopilot software CJ Moore admitted to the California Department of Motor Vehicles that Musk had grossly exaggerated their cars’ self-driving capabilities.

Whatever the case is with Hendrickson’s accident, one thing is clear: Tesla needs to be much clearer about the efficacy and capabilities of its Autopilot feature. Doing so now can quite literally be the difference between life and death.