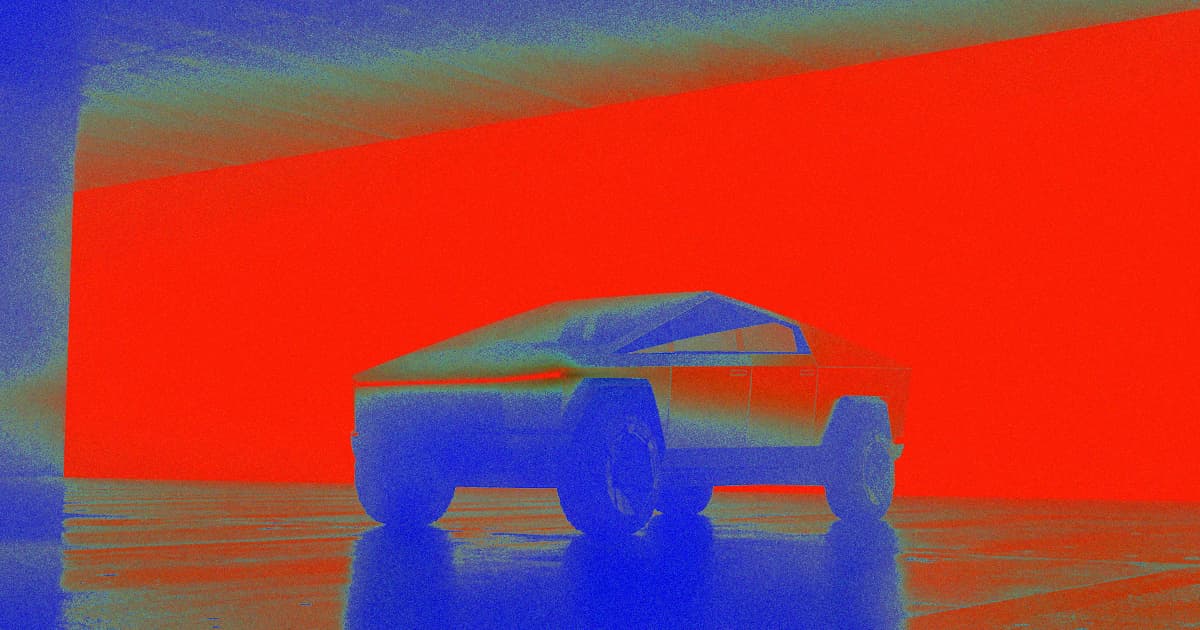 Elon Musk Says the Cybertruck Might Flop But He Doesn't Care

"Other trucks look like copies of the same thing, but Cybertruck looks like it was made by aliens from the future."

"Other trucks look like copies of the same thing, but Cybertruck looks like it was made by aliens from the future."

Don't Give a Truck

Tesla enthusiasts have been waiting for years to get their hands on a Cybertruck, the company's upcoming electric pickup — and the wait may soon be over, if the Elon Musk-led company hits its targets this year.

But not everybody will be that excited about the brutalist, stainless steel vehicle. In fact, it wouldn't surprise Musk if his company's latest offering kinda bombs.

"To be frank, there is always some chance that Cybertruck will flop, because it is so unlike anything else," an unusually contemplative Musk wrote in a tweet on Thursday. "I don’t care. I love it so much even if others don’t."

The CEO was responding to a Twitter post about an opinion piece arguing that the Cybertruck will be the company's "first flop."

"Other trucks look like copies of the same thing, but Cybertruck looks like it was made by aliens from the future," Musk added — once again showing the billionaire's undying devotion to his beloved pet project.

Musk has always maintained that the Cybertruck's unusual looks could end up polarizing. When the truck was announced back in 2019, opinions were indeed pretty mixed.

In May of last year, Musk told the Third Row Tesla podcast that he "wasn’t sure if nobody would buy it or if a lot of people would buy it."

Back in 2018, Musk was practically gleaming with love for his company's monstrous creation.

"It’s gonna be awesome, it’s gonna be amazing," he swooned on a 2018 interview with Recode. "This will be heart-stopping. It stops my heart. It’s like, oh, it’s great."

This week, roughly a year and a half since it was first announced, Musk also reveled that the upcoming vehicle will bear a striking resemblance to the show car shown off during the big reveal.

"In end, we kept production design almost exactly same as show car," he wrote in a follow-up tweet. "Just some small tweaks here and there to make it slightly better."

The CEO also confirmed in the tweet that the Cybertruck will have "no door handles," and will open its doors automatically when the "car recognizes you."

But when the Cybertruck will start shipping to customers is anybody's guess. According to CNBC, Tesla will give a progress update and second-quarter results on July 26 — so perhaps then, we'll finally know when the wait will be over.