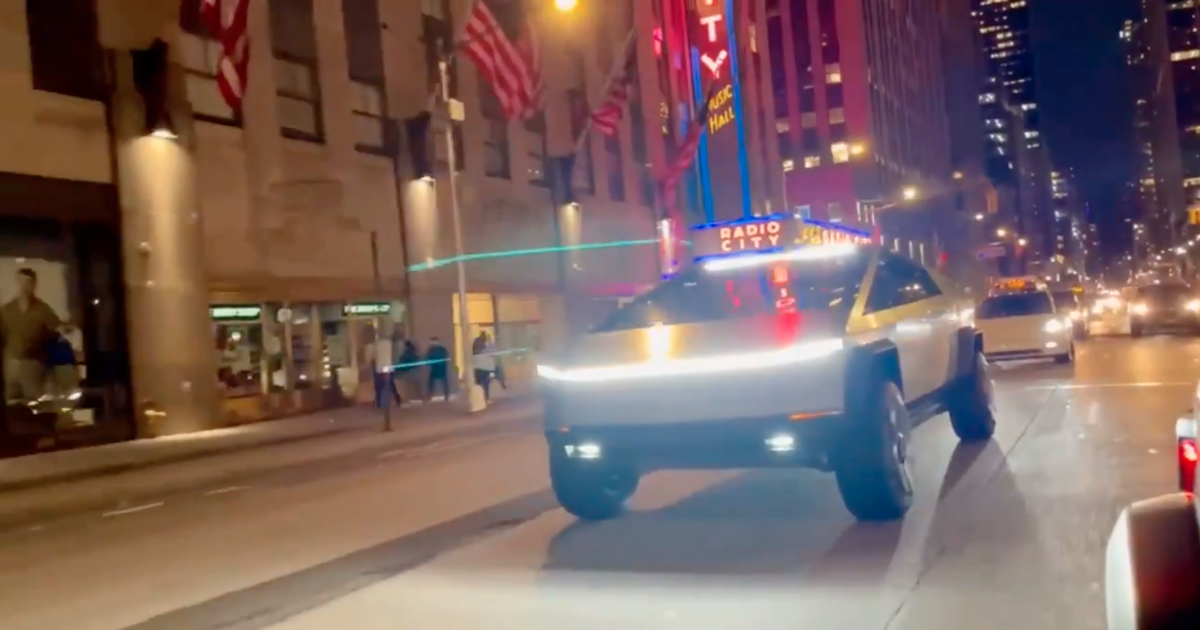 Pedal To The Metal

The electric pickup truck turned a few heads all while breaking a few traffic laws.

The electric pickup truck turned a few heads all while breaking a few traffic laws.

Back in the New York Groove

Tesla took its Cybertruck prototype out for a spin through New York City this weekend ahead of CEO Elon Musk’s hosting gig on SNL.

The electric carmaker tweeted a video of the Cybertruck driving by Radio City Music Hall on Saturday. The clip shows the electric pickup can be seen with glaring headlights and top light that’s sure to irritate anyone driving in front of the vehicle.

The truck was also spotted on Friday driving through Times Square and turning the heads of pedestrians in the area.

Though the Cybertruck was certainly eye-catching, it turns out the ride wasn’t exactly abiding by NYC traffic laws.

For one, all vehicles in the state of New York are required to have outside side mirrors, according to the New York Department of Motor Vehicles. The Cybertruck has none. Instead, it relies on an internal sideview camera system, according to InsideEVs.

So When’s It Releasing?

Despite the hype, it’s still unclear when Cybertruck will be released. Musk has previously tweeted that the electric pickup release date is "probably in Q2" of 2021.

Update probably in Q2. Cybertruck will be built at Giga Texas, so focus right now is on getting that beast built.

That’s pretty vague — and knowing Tesla and Musk’s less-than-stellar history with delivering on publicly announced deadlines, it should be taken with a grain of salt the size of a Cybertruck.