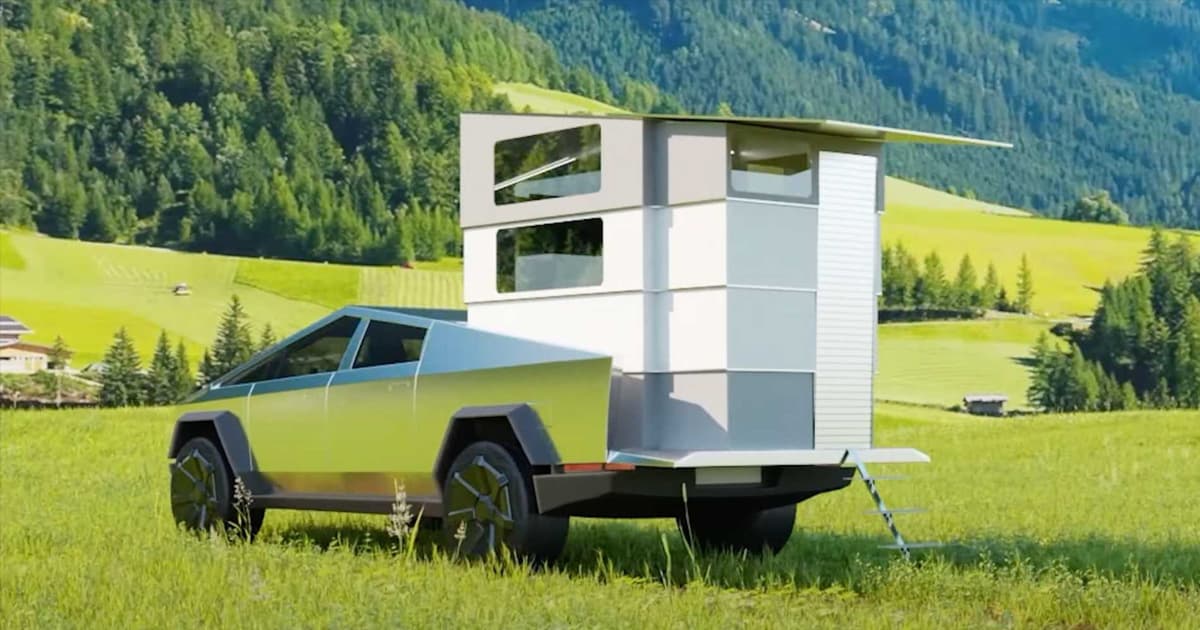 This RV add-on is sick.

This RV add-on is sick.

Tesla's much-hyped Cybertruck hasn't even rolled off the lot yet — but enthusiasts are already flocking to pre-order accessories in an effort to build out their electric pickups into truly off-the-grid homes away from home.

Case in point, Las Vegas-based company Stream It has created an RV add-on called CyberLandr for the Cybertruck, cashing in on more than $50 million in future revenue, as Insider reports.

The expandable kit comes with built-in shower, kitchen, and even a bed, and starts at $40,000.

"We conservatively estimate demand for CyberLandr at more than 10,000 units in 2022," Stream It CEO Lance King told Insider.

The add on tucks away in the sizeable bed of the pickup, expanding upwards into a tall structure when stationary.

"Now you can take your kitchen, living room, bedroom, bathroom, and office anywhere and everywhere you go for the ultimate wilderness and urban adventures," the company promises on its website.

Stream It is also envisioning the small RV attachment to be an internet-connected place to get work done, thanks to a StarLink satellite dish for high-speed internet. No word yet from SpaceX if it will offer up mobile-friendly versions of its broadband internet hardware.

While we have yet to see a non-rendered, IRL version of the CyberLandr, the company is hoping to have first units available when Tesla is planning to make the Cybertruck first available some time later this year.