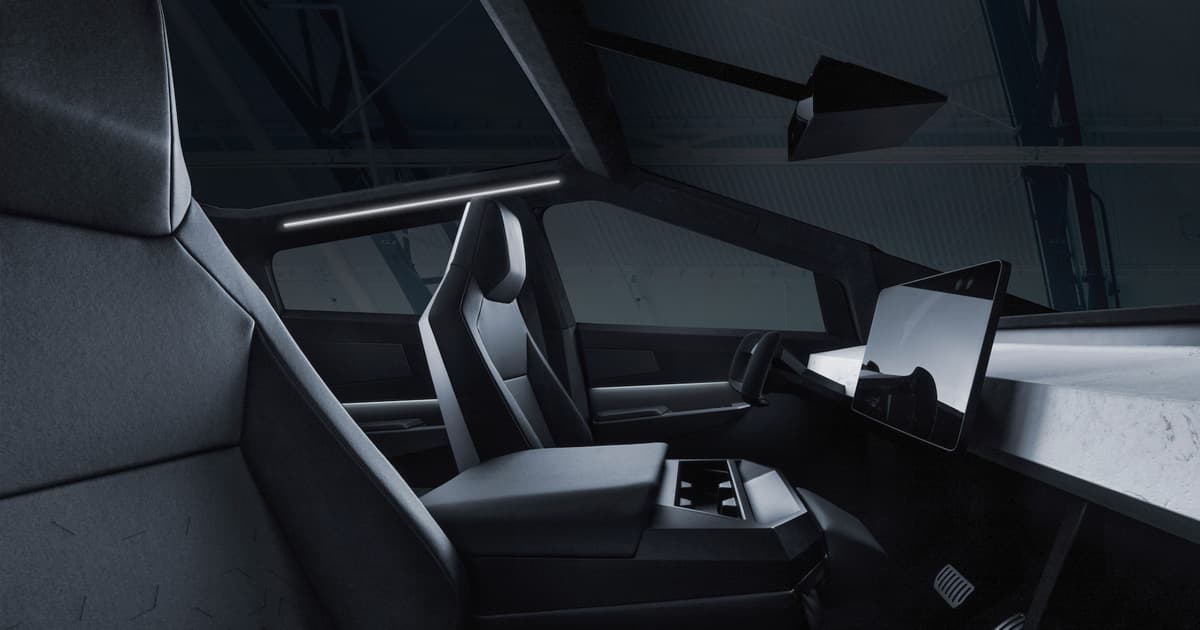 The head of user interface design at Tesla has left the company — and on the way out the door, Electrek reports, leaked some spicy images and videos of the UI of the upcoming and much-hyped Cybertruck.

Pawel Pietryka has been with the electric car company since 2016 and has gone to found his own design firm called Moderne Grafik Anstalt. Now, the portfolio shown on the new firm's website included some already known images of existing products like Tesla's apps — mixed in with some completely new glimpses of the Cybertruck UI.

One short video, for instance, shows a smooth user interface featuring slick 3D animations that transition to a map.

Moderne Grafik Anstalt has already removed the videos, Electrek reports, but not before the images were downloaded by some keen-eyed Tesla fans.

The long-awaited truck is slated to hit the market later this year, but production woes could easily push that date back for a year or more.

It's a modern UI for a truck that's arguably ahead of its time — but the leak is far from a guarantee that the final UI rolling out with the actual vehicle will look anything like this.

Even with a scaled down and less flashy UI, the truck will represent a major shift in the pickup market, with practically nothing like it on the road today.