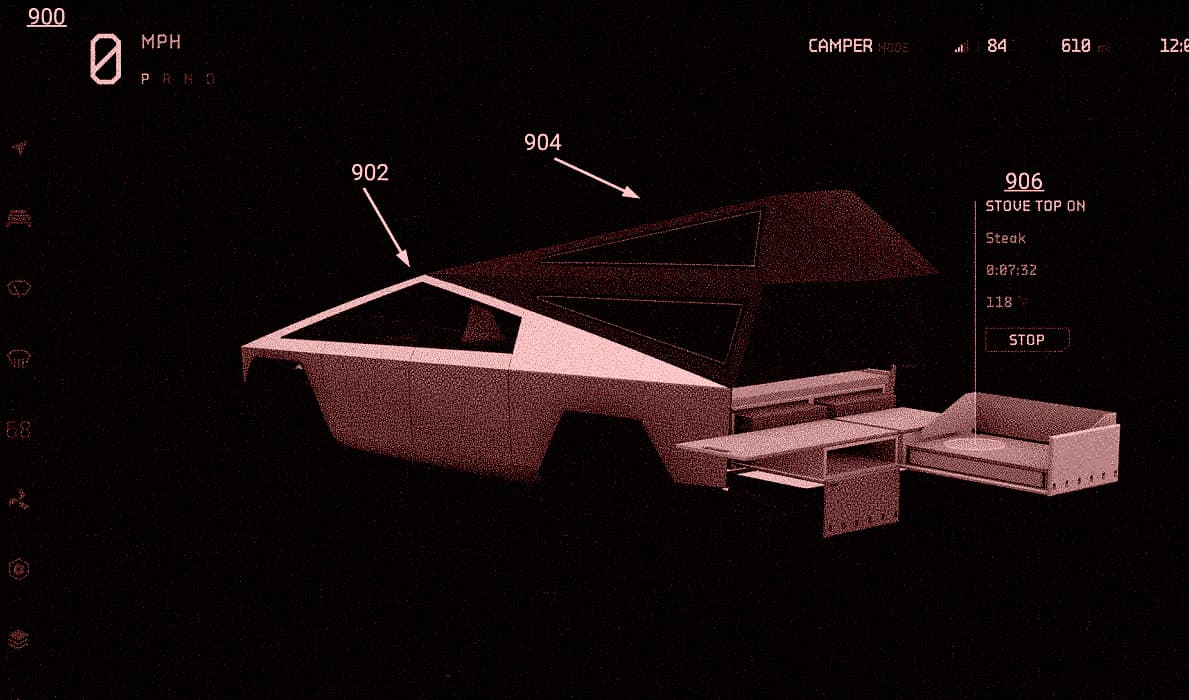 Can Tesla interest you in a solar panel truck bed? How about some "armor glass?"

Can Tesla interest you in a solar panel truck bed? How about some "armor glass?"

New details about Tesla's long-awaited Cybertruck have emerged through the publication of several patent applications dating back to 2020, as spotted by The Verge.

The electric car company's brutalist pickup truck could come with fun options like solar panels integrated into the retractable cover for the truck bed — a sign that the pickup could still have plenty of surprises in store for potential customers.

The applications also show how the truck's sleek user interface will change depending on the situation, as well as an "armor glass" material, a material that appears to be similar to the glass which was easily crushed during Tesla's unveiling of the truck back in 2019. At the time the company referred to a "Tesla armor glass."

Screenshots of the truck's UI show a vehicle with a driving range of 610 miles, as spotted by InsideEVs, well above the 500 mile advertised range.

Other images of the interface show what appears to be a tow assist feature to help future Cybertruck owners hook up a trailer.

One image in particular shows off what appears to be a camper attachment, not unlike the ones shown off in renders when the truck was first announced.

Tesla is still hoping to start deliveries of the truck later this year, but Tesla CEO Elon Musk believes "volume production" to start in 2022.