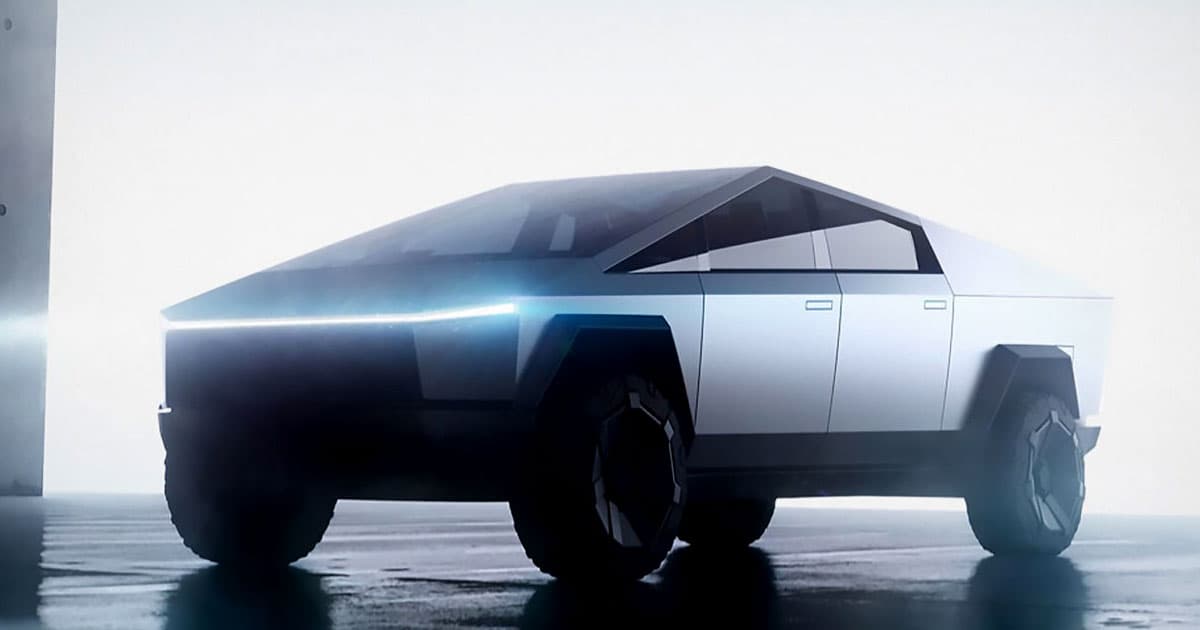 Where have we heard this before?

Where have we heard this before?

"Cybertruck is intentionally an insane technology bandwagon," he wrote in a tweet earlier this week.

And today, Musk spilled the beans on yet more details.

"Will have both front and rear wheel steer, so not just like a tank," he wrote. "It can drive diagonally like a crab."

Interestingly enough, that's exactly how General Motors is selling its much-hyped and directly competing all-electric Hummer SUV, which is slated to have its own "Crab Mode."

Musk also expanded on the first available variant of the Cybertruck, which will likely roll off the lot early next year thanks to production delays.

With four independent motors, the most expensive flagship Cybertruck is bound to be a powerhouse. So far, Tesla has only officially advertised a tri-motor variant with over 500 miles of range, zero to 60 mph in a blistering 2.9 seconds, and a starting price of — sorry — $69,900.

The exact specs of the truck, however, appear to still be up in the air. In October, Tesla scrubbed the Cybertruck details and prices from its website.

Given that "early 2022" is just around the corner, we'll likely be hearing a lot more about Tesla's first Cybertruck.

"Product roadmap update on next earnings call," Musk tweeted — which would mean January 26.

So for now, fans will have to contend themselves with a child-sized version of the truck's little brother ATV, the Cyberquad.