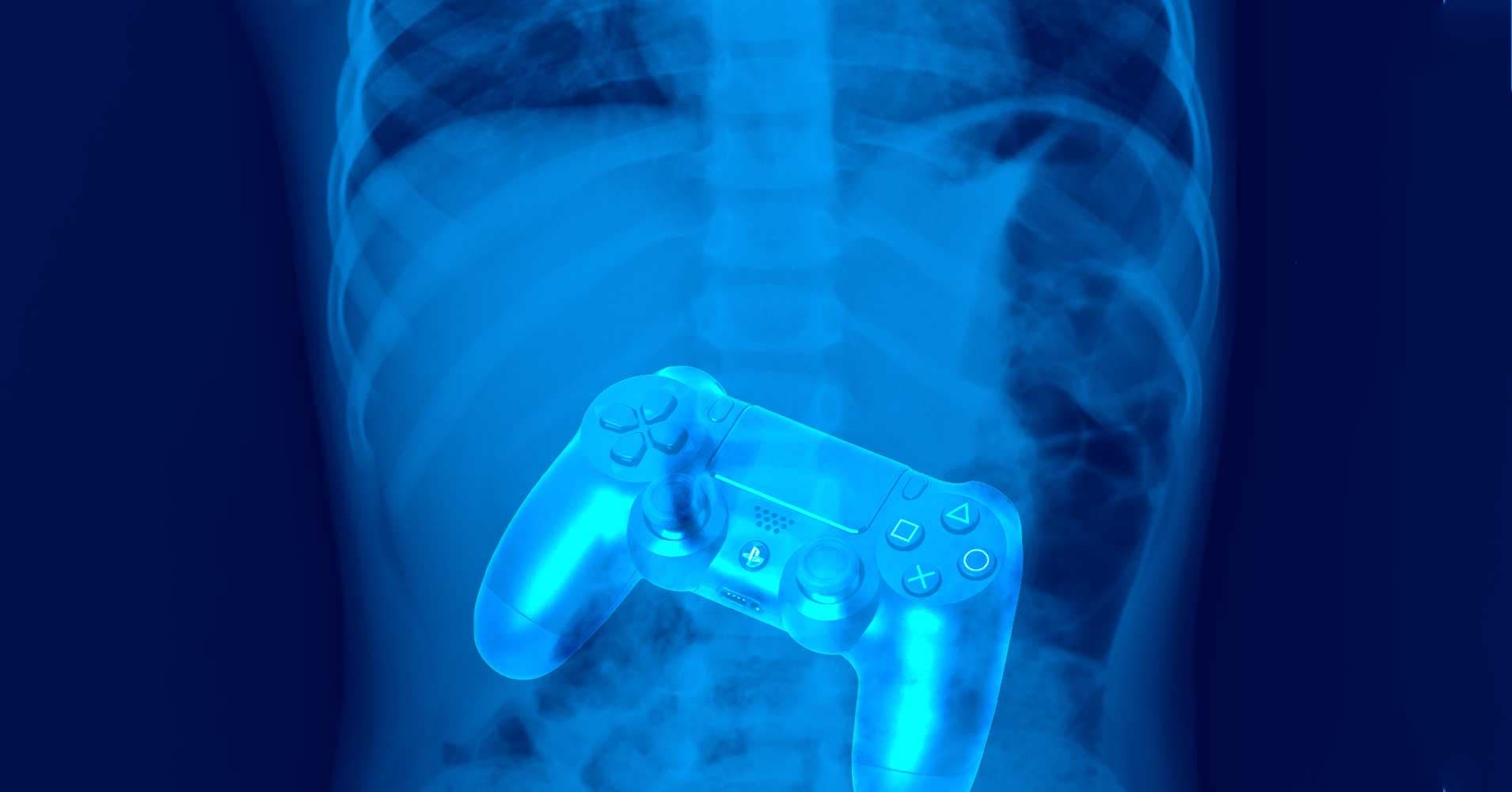 An Edible Controller Moves Gaming From the Screen to Your Gut

Instead of using joysticks and buttons, you win the game by altering your gut chemistry.

Instead of using joysticks and buttons, you win the game by altering your gut chemistry.

Just like "Back to the Future Part II" predicted, Gamepads are so old-fashioned.

A new pill acts as the controller for a new video game out of Australia’s Royal Melbourne Institute of Technology. In "The Guts Game," two players will have anywhere from 24 to 36 hours to kill off a digital parasite by raising and lowering the temperature of their digestive systems as measured by the pill, reports New Scientist.

Players are encouraged to do whatever they need to raise or lower their body temperature and kill off their virtual bugs: eat spicy food, drink ice water, go for a jog, or anything else.

When The Guts Game was presented at Chi Play 2018, a gaming technology convention held in Melbourne in late October, New Scientist reports, the developers reassured the crowd that any temperature changes in the body were completely safe. After all, people eat spicy food and exercise all the time; there’s nothing about doing so for a new video game that suddenly makes it dangerous.

Presumably, The Guts Game’s version of cheat codes would be popping the pill before sweating your virtual parasite out in a sauna, but since you would have to buy each single-use pill, this sort of defeats the point.

Race Against the Clock

Like all good things in the world, this game too must end. Players in The Guts Game are in an endless race against time, against whom there are no victors.

Win or lose the game ends the moment the controller leaves the body.

READ MORE: A computer game’s edible controller lets you play it with your gut [New Scientist]

More on gastrables: Edible Tech is Finally Useful, is Here to Help You Poop

Accessible Gaming
Microsoft Patented an Xbox Controller With a Braille Display
5. 6. 19
Read More
Undelivered Longevity
A Scientist Thinks Someone Alive Today Will Live to be 1,000
3. 25. 19
Read More
Big Brain
Scientist Who Gene-Hacked Babies "Likely" Boosted Their Brainpower
2. 21. 19
Read More
+Social+Newsletter
TopicsAbout UsContact Us
Copyright ©, Camden Media Inc All Rights Reserved. See our User Agreement, Privacy Policy and Data Use Policy. The material on this site may not be reproduced, distributed, transmitted, cached or otherwise used, except with prior written permission of Futurism. Articles may contain affiliate links which enable us to share in the revenue of any purchases made.
Fonts by Typekit and Monotype.