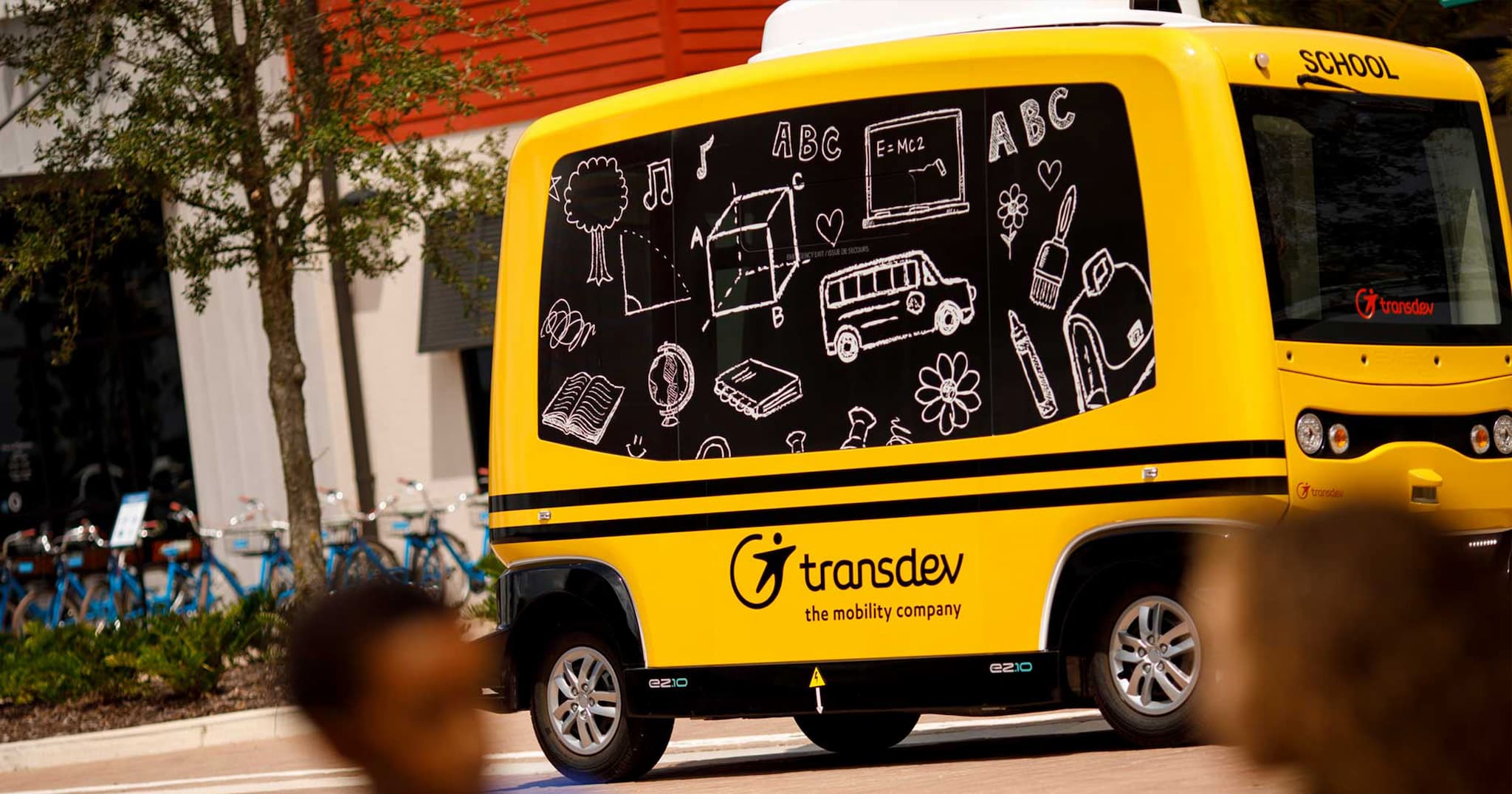 Federal Officials Put the Brakes on a Driverless School Bus

Officials called the project both "irresponsible" and "inappropriate."

Officials called the project both "irresponsible" and "inappropriate."

U.S. regulators gave Transdev an inch, and it took a mile.

That's the takeaway from a statement released by the National Highway Traffic Safety Administration (NHTSA) on Friday. It's not happy that the French transportation company has been ferrying kids to school on a driverless school bus — a use for its autonomous tech of which the agency says it did not approve.

In September, the company launched a pilot project in Babcock Ranch, Florida. Every Friday, the company's 12-person shuttle transported children to and from Babcock Neighborhood School, which services students in grades K through 7.

The trip took just a few minutes each way, and the driverless school bus, which did have a safety driver on board, never exceeded a speed of 8 miles per hour.

Those safety precautions weren't enough to stop the NHTSA from shutting down the project, though.

In its Friday statement, the agency noted that Transdev never asked permission to use its shuttle as a school bus.

"Innovation must not come at the risk of public safety," said Heidi King, NHTSA Deputy Administrator. "Using a non-compliant test vehicle to transport children is irresponsible, inappropriate, and in direct violation of the terms of Transdev’s approved test project."

Clearly, transitioning to an era in which driverless vehicles are the norm is going to require rigorous testing of the vehicles in real-world situations. But testing them without the proper permission and with children on board? That earns Transdev a big red "F" in our grade book.

More on driverless cars: The US Government Wants to Allow Fully Autonomous Vehicles on US Roads

Kiddy League
Tesla Fans Put Child in Path of Moving Tesla on Self-Driving Mode
Aug 15
Read More
Self-Delusion
Experts Alarmed by Videos of Tesla Full Self-Driving Totally Screwing Up
Feb 12
Read More
Empty Seat
Waymo Ditches Human Safety Drivers in Its Self-Driving Taxis
10. 9. 20
Read More
+Social+Newsletter
TopicsAbout UsContact Us
Copyright ©, Camden Media Inc All Rights Reserved. See our User Agreement, Privacy Policy and Data Use Policy. The material on this site may not be reproduced, distributed, transmitted, cached or otherwise used, except with prior written permission of Futurism. Articles may contain affiliate links which enable us to share in the revenue of any purchases made.
Fonts by Typekit and Monotype.